Winkworth, marking its 185th year as a brand, has launched new marketing which emphasises the human touch.

It is now incorporating the strapline “For every step” into all its messages.

The advertising, which does not even mention technology, is being rolled out across all 100 offices, and in London covering rail and tube stations, buses and electric taxis.

CEO Dominic Agace said: “We’re delighted to reveal our new brand message and marketing campaign. This has been an enlightening process for us that has reinforced our understanding of our clients and how we’re perceived by them.

“While the UK property market, and its marketing, is driven more and more by technology, finding a new home is a hugely emotional decision to which the right people can add real value – people who know their business, who know the local area, offer an accurate valuation, and who understand their customers.

“We wanted our overall message to reflect this and demonstrate that whatever stage of life our clients are at, whatever the state of the housing market and whatever the political or economic climate, our clients can rely on us.

“We’ll be here for them every step of the way, as we have been for the past 185 years.”

The campaign was developed by creative agency gt&I, whose director Tim Lewis said: “One things stood out for us: Winkworth, unlike many of its competitors, is there for the journey. They are not just about selling houses, they actually care.

“We all know the perception of estate agents. The Winkworth difference is their network. People who as local business owners, really care about every customer and really know their area.”

Prior to “For every step”, Winkworth’s strapline was “See things differently”.

Although Winkworth has been a brand for 185 years, it did not become a franchise until relatively recently in its history.

Established in 1835, the Winkworth family ran the central London firm until the early 1960s. Mann & Co, now part of Countrywide, then bought it, until Simon Agace took it on in 1974.

He expanded it from three to ten offices, and after a trip to the US in 1981 decided to turn it into a franchise, a first in the UK. The business is now a publicly listed company run by his son.

While Winkworth is emphasising the human touch to customers, to prospective franchisees it emphasises the provision of technology in a box, including Reapit.

Below, some of the new advertising on the Underground 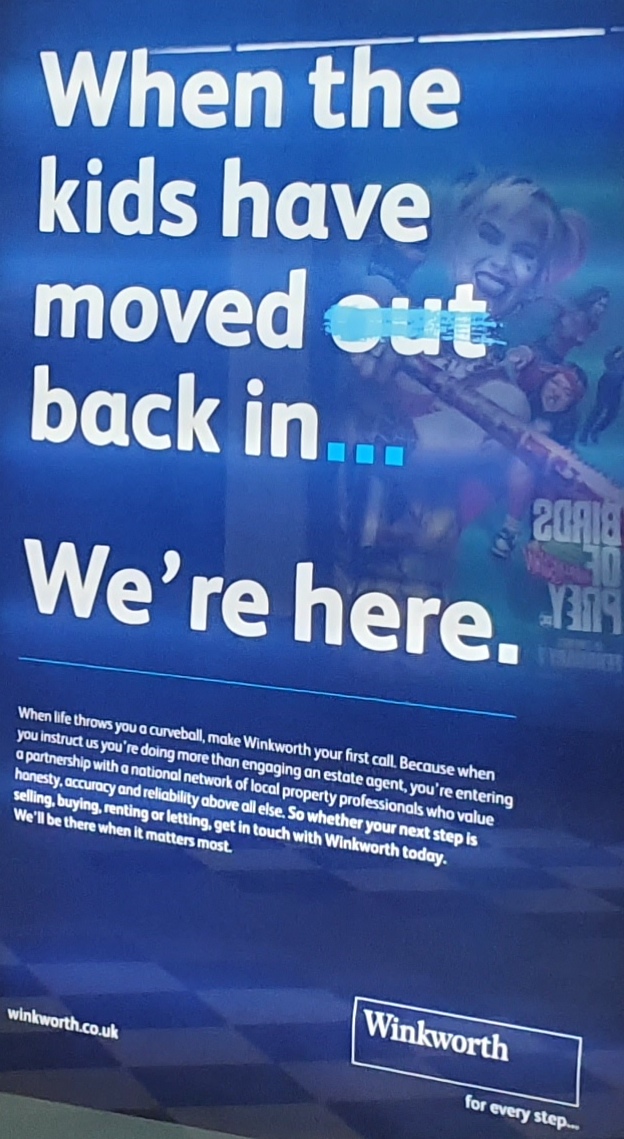