Yopa has announced new investment of £16m and the appointment of ex-Countrywide CEO Grenville Turner as chairman.

The new money has been raised through Yopa’s existing investors, including Savills.

They are: dmg ventures, the venture capital arm of Daily Mail and General Trust (DMGT); Grosvenor Ventures which is the investment arm of Savills; and Yopa founder Alistair Barclay.

LSL, parent company of Your Move and Reeds Rains, is an existing investor but has not contributed to the latest funding round – and indeed LSL has down-valued its original investment.

Co-founders Andrew Barclay and Daniel Attia, former CEO and then chairman, also did not invest.

Yopa said that LSL has its own capital allocation decisions to make while Attia remained an “active, supportive and engaged shareholder”.

Ben Poytner, CEO of Yopa, said: “This latest funding round from existing backers is a clear recognition of Yopa’s significant growth potential.”

Manuel Lopo De Carvalho, CEO of dmg ventures, said: ”With DMGT’s extensive experience of the UK property market, we continue to see strong potential in Yopa and its technology and were happy to support this funding round.

“We are pleased that Grenville Turner has agreed to join the board to support the business as it continues to mature.”

Turner, who has been on the boards of Rightmove, Zoopla, US realtor Realogy and Sainsburys Bank, has given this exclusive interview to EYE:

New Yopa chairman Grenville Turner is giving no time frame, but he is predicting profits for Yopa.

He said: “I am not going to say that this is the last fund-raising we will do but it should be enough to raise Yopa into profit.”

According to Yopa’s last published accounts at Companies House, covering the 12 months to the end of 2017, Yopa had cumulative losses of over £32m.

Asked if the investors were pouring money into a black hole, Turner was emphatic that this was not the case.

He said that “sophisticated” investors understand that “a lot of money is required for start-ups” as they build teams and brand awareness.

Turner also dismissed concerns about prospects for the online/hybrid estate agency sector, after both Housenetwork and eMoov went into administration, and with Purplebricks drawing in its horns after over-expansion abroad and the departure of its founders.

He said that this happened in other new sectors, notably property portals – Turner has been on the boards of both Rightmove and Zoopla.

He said: “You are usually left with two or three players of scale, and my view is that in the hybrid agency sector, Yopa will be one of them.”

He does not think that the high street sector is doomed, but he does think it has changed: “High street offices are no longer places where people transact or even visit very much. They have become high street billboards.

“That is not a criticism – so long as the costs are appropriate. I do think that the high street will have a very long tail.

“However, I subscribe to the belief that people over-estimate the amount of change within two years, and under-estimate it over ten years.

“I think we are now in our third or fourth year of that change.”

What will Yopa do with its £16m? Or, put another way, what will it not do with it?

It will not expand overseas (“Absolutely not”) and it won’t go into lettings (“Our focus and our expertise is on sales. It is a completely different proposition from lettings).

Television advertising is not a priority. Instead, the money will be ploughed into technology, services – and people.

Staff headcount is currently about 170 – and they’re busy. The contact centres handle 4,000 to 5,000 calls a week, and more resources are needed there. There are currently 140 Local Property Experts and Turner envisages this rising to 200 to 250, depending on local markets.

Yopa will also be launching its own mortgage services “shortly”, although it plans to continue outsourcing conveyancing.

Turner has been quietly involved with Yopa for some months, in a consultancy role where he made some recommendations and then worked on its business plan.

He obviously won’t say much about that but does say that Yopa’s achievements so far have been considerable. “Yopa has become one of the UK’s top ten agents in three years. In terms of listings, we have been as high as eight.”

He believes that Yopa’s point of differential is that it offers both fixed fee (from £889 upfront) and a no sale, no fee service (£1,999), giving consumers choice.

No sale, no fee was launched only last year as a proposition but currently is behind 30% of Yopa’s completions: “My guess is that this will rise to somewhere between 33% and 50%.”

Connells bought Hatched but closed it. Turner’s former firm, Countrywide, went into online estate agency but it flopped and the proposition was withdrawn. Turner would not comment on any specifics but said: “A number of traditional agents have tried to launch into the hybrid sector, but there’s always a compromise.

“From my own experience with start-ups, you have to give them their own investment, teams, management, budgets and decision making. You cannot run them from within.”

The vastly experienced Turner will be as hands-on a chairman as the job requires: “More executive than non-executive – in private companies, the lines are more blurred than with plcs.”

Turner, currently a non-executive director with listed firm Watkin Jones, led Countrywide’s return to the stock market in 2013, with an IPO worth over £1bn.

Unsurprisingly, he does not exclude the possibility of Yopa floating on the stock market: “An exit is always in the minds of investors, so you cannot rule it out – particularly as there aren’t many exit options available.

“As a business, I do envisage it floating at some stage.” 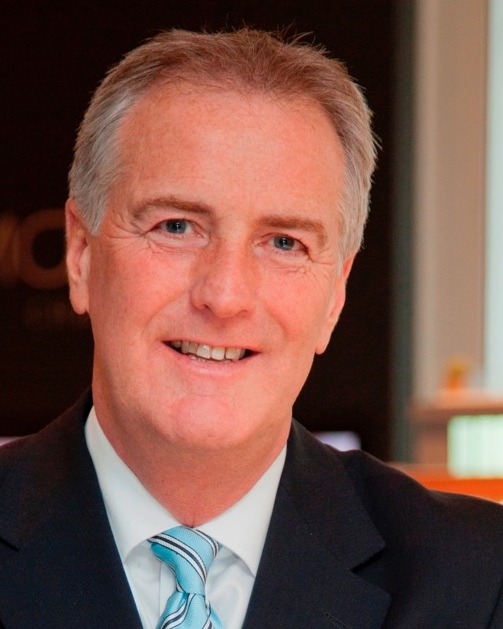