A former Countrywide employee trying to start up their own business has claimed that landlords who would like to become customers of the new firm are being hit by onerous ‘release’ fees.

The agent says that under a new clause, landlords terminating their management agreements with Countrywide have to pay the equivalent of two years of commission.

The former senior lettings manager with Fulfords, a Countrywide brand, told us that they left earlier this year to set up on their own, leaving of their own accord because of the new terms of business that Countrywide had introduced for landlords.

These include a clause which states: “If you terminate our appointment under our Full Management or Standard Letting Service but continue the tenancy with the tenant introduced by us in occupation, you must pay us a commission fee equivalent to the standard letting service fee for the duration of the earliest date of:

“This fee applies even if the renewal or extension of the tenancy is negotiated by another agent.”

The ex-Countrywide agent told us: “Once my landlords heard that I had started my own business they called me to say they would like to transfer their business which is great.

“However all those landlords that have signed these new terms of business which were introduced just before I left, have to pay a redemption fee equivalent to two years of management fees.”

In once case, the landlord has given three months’ notice, meaning the new business can collect the files in October, when the initial six-month AST expires.

However, the landlord has allegedly been told that she will need to pay Countrywide £1,900 at that point.

The ex-Countrywide agent said: “I do know that some agents will charge a release fee, but two years worth of commission?”

The agent also said that under the new terms, Countrywide’s minimum management fee is now 13% plus VAT, regardless of the expected rent.

The agent also said that there is now an additional monthly charge of £9.50 plus VAT to cover landlords for: HMO licensing; deposit/deposit replacement service; service of notices; checking smoke and carbon monoxide alarms at the start of the tenancy; and something called “legislative horizon scanning”. 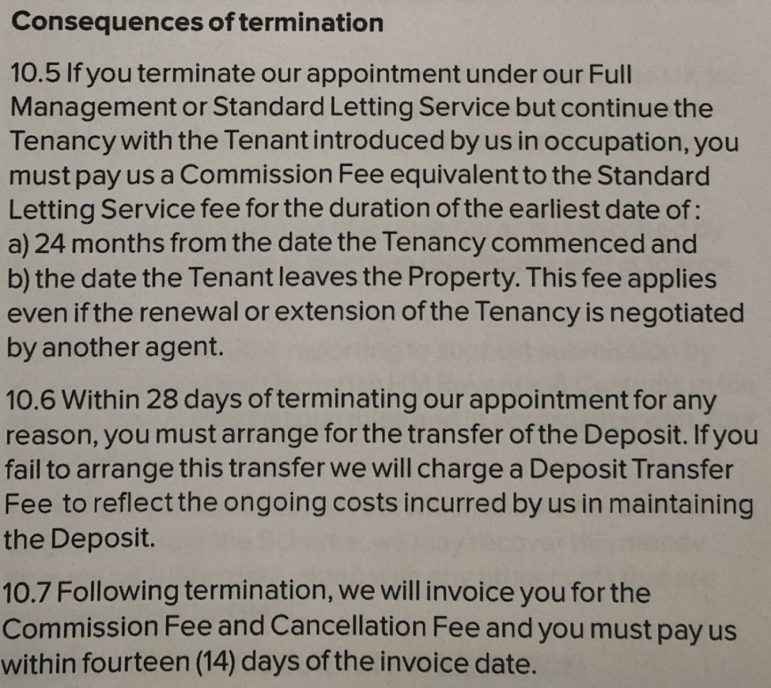