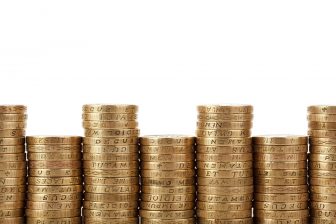 Estate agents are being encouraged to reassess their fee structure in order to reflect the time and effort they put in to ensuring that property transactions are completed.

A fresh report, called ‘The New Normal’, based on research undertaken by tmgroup, mio and Conveyancing Data Services (CDS), consulted 800 property professionals and revealed stark contrasts between those citing ‘reduced fees/ profitability’ and ‘increased fees/ profitability’, when reviewing how 2021 impacted their business.

The findings suggest that estate agents came off worst.

Nick Ball, sales director at mio, commented: “It’s not surprising to see estate agents citing reduced fees and profitability as having a critical impact on their businesses; Estate agents worked incredibly hard and sadly didn’t have much to show for it. In part, because they were a victim of the delays across the transaction, preventing them from turning their pipelines as frequently as they’d otherwise like to.

“That’s not all, estate agents also had to deal with added stress and frustrations from home movers – resulting in them spending more time (and money) per transaction to support the customer experience.

“Added to that, lack of stock in the wake of the Stamp Duty holiday had a knock-on effect on agent’s fees too, as many engaged in a ‘race to the bottom’ to try and grab as much market share as possible. Overall, it was a hard time for the bottom line.”

By contrast, more conveyancers were able to hold their prices high, according to the research.

Matt Joy, sales and marketing director at tmgroup, commented: “2021 heralded a perfect storm of too much work and not enough people to do it – a situation only exacerbated by the stamp duty holiday extension.

“What’s been especially promising to see however is several firms recognising their worth and raising their prices in response – with 17% citing increased fees versus just 3% citing reduced fees. Hopefully this will continue to feature prominently in strategy planning and we’ll see a step away from the traditional ‘race to the bottom’.”