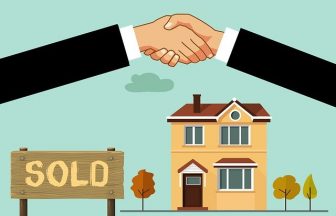 With homemovers continuing to face severe delays in the time it takes to get a purchase/sale completed, many within the property industry are naturally looking to point the finger.

Increasingly, conveyancers are being blamed for the delays, although many people familiar with the process accept that several factors come from outside of the conveyancing process.

Given that conveyancers and the conveyancing process are often blamed for the resulting delays, EYE recently teamed up with Today’s Conveyancer to poll our respective readerships, with some interesting findings. See below.

Following on from the work we did on the poll, Today’s Conveyancer reached out to Matthew Baldock, an agent who is quite vocal in his desire for less blaming, less toxicity, and more collaboration between conveyancers and estate agents.

He went on to write “an open letter to estate agents and conveyancers” on their relationship – a further step towards turning the corner narrative-wise – which Today’s Conveyancer has published and invited us to do the same, and so here it is.

If an alien’s only view of earth was via LinkedIn, then they would know nothing about a global pandemic, a war, or the cost of living, but assume that our biggest problem was the terrible relationship between Estate Agent’s and Conveyancers. My timeline seems to be a constant barrage of estate agents calling conveyancers slow and lazy and our legal counterparts calling us thick and impatient.

I say “us” as I am an estate agent. I have been for over 20 years and I’m very proud of it. But before the eye rolling starts, I will say that I don’t have a side in this battle. I think both sides are in the wrong on certain points, but more importantly I know that we all want the same thing, that we need each other and that must learn to work together not only for our sake (financially and mentally), but for the sake of the clients.

In the interests of fairness, I’ll start with my own lot – the estate agents. Now I don’t think anyone will argue that the conveyancing system needs upgrading, it doesn’t seem to have changed at all throughout my career and in the modern world we live in it seems remarkably tech shy.

However, what I’d urge all estate agents to realise is that no one working in conveyancing invented this system. They are no more to blame for the process than any working agent is for the ridiculous “no sale no fee” model some genius lumbered us with many years ago.

Yes, it’s slow and yes, it’s not ideal but conveyancers have to work with this every day so agents throwing their toys out of their pram is of no use whatsoever. The same goes with being busy. Agents – I know it’s been a hectic few years, and you haven’t had as much time off as usual and you’ve been stressed. But, if you apply the logic that for every sale there are two conveyancers then it’s not hard to work out that they have been very busy too.

‘‘They never answer the phone’’ is a complaint I often see. Let’s be honest, if every time you answered the phone it was to hear ‘‘can I have an update’’ from someone who had no clue what they wanted updating on then how keen would you be to take that call? As an industry we need to train our people better and that’s our problem, no one else’s.

A little while ago I put out a video asking conveyancers what information agents could provide to get the transaction off to a smoother start and a quicker end. The answer I got the most was ‘‘the correct names of the clients’’. Agents, I will defend our industry till I’m blue in the face, but what are we saying about ourselves if we cannot get something so basic like a name right.

Lets have some accountability and realise that conveyancers are not completely blameless in this relationship, please. I’m going to dispel a popular myth here – estate agents are not chasing you purely because they need their commission to spend on diesel for the BMW and a night out at the latest wine bar.

Many agents become invested in their clients’ lives, Mr & Mrs Seller comes to us and puts the responsibility of getting them and their family to the next stage of their lives, and many of us do not take that responsibility lightly. So, when we are chasing you it’s not because Next are having a sale on pin stripe suits, but because we are being chased by our clients who are often anxious and worried about what is going on during a very stressful time and this stress transfers to the agent’s shoulders.

As I’ve already mentioned, I understand that an inexperienced agent asking for update can be frustrating, but in the same way that we can’t blame individual conveyancers for the legal system, it’s not the individual agent’s fault that their company hasn’t trained them. A bit of patience and understanding can go a long way.

So, what’s the answer?

Let’s start simple. At the start of every transaction, why don’t we set the tone and boundaries. Pick up the phone, introduce yourselves and explain how you like to work to come up with a plan, (email milestones, weekly catch-up call etc). If you both know the rules of play from the start, then it’s difficult to get into the trap and resulting annoyance of miscommunication.

Secondly, (as I think applies to life in general), lets show some empathy. We are all busy and we are both in industries where the demand seems to be to do more work for less money with every year that passes. But also, let’s just grow up and deal with the fact that neither industry is going anywhere and consider that our lives may actually get better if we work together.

This isn’t even a new issue; I remember posting how glad I was that guns were banned in this country on stamp duty deadline day or we’d have inter industry shoot outs on every high street. The bottom line is it’s proven that arguing gets us nowhere, so why don’t we try the opposite?

Social media is a gift and a curse. It makes it very easy for keyboard warriors to trade insults but conversely, we have never had a tool to help us spread positivity so quickly and so far, and wide to help each other. My personal view is that if you have time to post something negative then you had time to post something helpful.

So, conveyancers, next time an agent says ‘’can’t we just get an indemnity’’, rather than calling them out as a buffoon on LinkedIn try posting what an Indemnity Policy is and when and where it can be used. It’ll take you the same amount of effort and you’ll help agents and look great in the eyes of the public (we seem to forget that potential clients are watching on LinkedIn).

Positive posts actually save you time, as rather than having to defend your comments and get into splinter arguments, you can simply sit back at the end of the day and click “like” on all the compliments you have received.

And Agents – let’s start training our teams properly and make a pledge to at least start getting our clients names right.

Whichever industry you are in, if you work hard to help people move home and guide them through this stressful time of life then I thank you for your work. Try saying that to someone and see how your day changes.