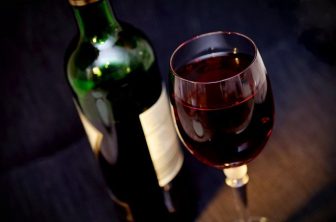 An estate agent has been handed a 16-month driving ban and fined £1,000 after pleading guilty to driving with excess alcohol.

Lauren Monaghan, 20, crashed her Vauxhall Adam Griffin into a parked car in Falkirk while more than four times over the drink driving limit.

Monaghan gave a sample of breath when officers arrived at the scene of the car crash that proved on analysis to contain 99 microgrammes of alcohol in every 100 millilitres – four and half times over the legal limit of 22.

Simon Hutchison, the solicitor defending Monaghan, said: “It’s clear this was a really stupid one-off on her part. She’s very, very upset and annoyed at her behaviour and she shows a great deal of remorse.

“It is her first offence, there’s nothing else outstanding, and I’m pretty sure we’ll never see her again in the criminal court.

“She has just signed a contract to become self-employed in a local estate agency business. Her work will be commission-based, selling houses.

“She accepts that her main difficulty will be that now she won’t  have a licence, she’ll have to spend a great deal of money on taxis and things.

“That will impact on the profits she makes.”