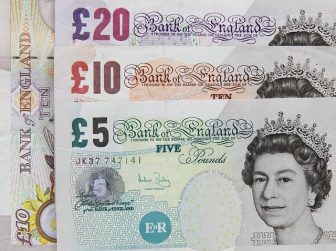 More needs to be done to stop corrupt oligarchs and other unscrupulous individuals investing the UK housing market, the government was warned yesterday.

A report by the Royal United Services Institute is calling for sweeping new reforms to capitalise on the crackdown prompted by Russia’s illegal invasion of Ukraine.

It wants to see the use of British and US spies to target “corrupt actors” seeking to “exploit democratic societies for personal gain” and more stringent action against lawyers, accountants, and others, who help oligarchs bring in illicit wealth.

The institute also proposes publication of a list of people refused visas on corruption grounds.

Separate data provided by AML specialists SmartSearch, from their EV (electronic verification) survey, takes aim at property firms when it comes to room for improvements.

The figures show that more than a third – 39% – of property firms admit to not checking new customers against sanctions or Politically Exposed Person (PEP) lists. It comes as the Russian invasion passes its sixth month, sanctions increase almost on a daily basis and governments impose eye-watering penalties for breaches.

Martin Cheek, MD of SmartSearch, argues firms that lack checks could be giving the ‘green light’ to Russians to evade sanctions and cause potential harm to Ukrainians.

Cheek said: “The threat of committing a damaging breach of the regulations for these companies is very real. A recent report from the commons foreign affairs committee showed that the government is still failing to tackle Russian kleptocrats who are laundering cash illegally through the UK – some of which is being used to finance Putin’s invasion of Ukraine.

“Not only are these firms potentially putting Ukrainians at risk by giving a green light to Russians looking to circumvent sanctions, but they are also risking the eye-watering fines and reputational damage which come with breaches of the regulations. Unintentionally breaching the rules is not a defence.”

More than 2,500 sanctions were already in place against Putin and Russia when the invasion of Ukraine took place at the end of February.

The government reacted quickly to place new restrictions on individuals, entities and their subsidiaries, and brought in legislation to limit deposits held by Russians in UK banks.

Within weeks, the number of sanctions had been doubled and an unprecedented 7,200 individuals and 1,250 entities have since been added to the sanctions list.

The survey is part of SmartSearch’s continuing Electronic Verification Uncovered campaign, which is calling on regulated businesses to switch to EV. Digital onboarding is more reliable and can be done in as little as a few seconds.

Cheek added: “It’s almost incredible that in this climate of a heightened awareness and increased penalties around sanctions that so many regulated companies are failing to do any checks at all.

“These firms should invest in robust sanctions checking procedures as quickly as possible. Electronic verification is recommended in the 2020 Money Laundering and Terrorist Finance Act as a way to make customer due diligence as effective as possible.

“From verifying the identity of new clients to sanction list checking and monitoring – even retrospectively – EV is the most robust way for regulated firms to fulfil their compliance responsibilities.”