The money was in an account holding the deposits, which were protected by insurance-back tenancy deposit protection scheme Mydeposits.

A third man, a developer who had been a client of the firm and who wrote cheques into the account knowing they would bounce but enabling it to pass audits by Mydeposits, was also spared jail.

The affair will once again focus attention on insurance-backed schemes which allow agents to physically hold tenants’ money. In Scotland, only custodial schemes which remove the money from agents and bank it, are allowed.

On Friday, Paul Masella, 46, and Grant Leber, 33, together with Desmond Moore, 44, appeared at Guildford Crown Court on Friday for sentencing.

The court heard that all the money had been paid back.

Leber and Masella had pleaded guilty at a previous hearing to a joint charge of fraud by abusing their position as directors of Masella Coupe Sales and Letting in Godalming, Surrey, to make a gain of £304,000.

Moore had pleaded guilty to three counts of encouraging or assisting the commission of one or more offences.

Leber said he took responsibility for withdrawing around £100,000 of the money, and Masella the remainder.

Jessica Clarke, prosecuting, told the court that Masella and Leber received deposit money from tenants and held it on behalf of landlords.

She said that both men were in financial difficulty and started withdrawing money from the deposit account.

The court heard that Mydeposits is required to carry out audits.

Knowing that the accounts would show a deficit, Ms Clarke said that Leber and Masella started to bank cheques sent by Moore that they knew would not be honoured.

“The money would show just long enough to get them through the audit,” she said. “No money ever left Mr Moore’s account, he didn’t have it.”

The court heard that Moore did not know exactly what the purpose of his activities was, but did know the cheques were for criminal use.

Recorder Leslie West QC, sentencing, said: “In the case of all three of you, you were driven by, I’m sure, greed to a certain extent.

“You had a lifestyle, which in the case of Mr Leber and Mr Masella, you really couldn’t afford and you couldn’t let go of.

“But the money has all been repaid.”

Recorder West gave Leber and Masella each a sentence of six months, suspended for two years, and ordered them to carry out 180 hours of unpaid work and pay £600 costs.

He gave Moore a three-month sentence, also suspended for two years, plus 80 hours of unpaid work and £600 in costs.

In addition, all three must each pay a £180 victim surcharge.

Masella Coupe was set up by Leber and Masella in 2008 in the leafy Surrey town, which has been dubbed ‘Celebrity Central’ because of the number of famous people who have made their homes there.

Mydeposits is the insurance-backed tenancy deposit scheme run by Hamilton Fraser on behalf of the National Landlords Association.

It was recently put under the spotlight on TV when it transpired that rent-to-rent agent Daniel Burton had been expelled by the scheme, meaning that tenancy deposits were not longer protected. The money itself disappeared. 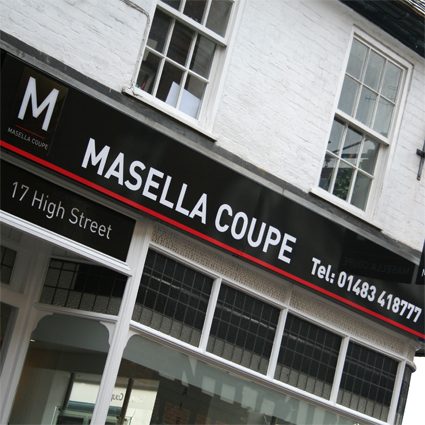