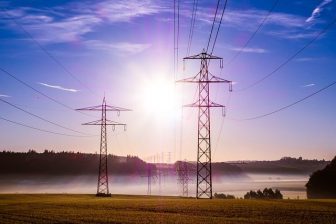 Homeowners across Essex, Suffolk and Norfolk are being warned that a pylon proposal could see the value of their homes ‘fall by a third’.

Paul Beresford, chief executive officer of Essex-based Beresfords, predicts that residential property prices will fall sharply if a 112-mile pylon scheme to carry offshore wind power through East Anglia is given the go-ahead.

Beresford said the proposal was already having an adverse impact on property sales.

He told the press: “There have been studies in the past that as much as a third of the property’s value can be affected.

“It’s just such a retrograde step. Why on earth would you be putting pylons up in this day and age?

“It’s something from the last century – there are far better options. We just don’t need to blight the beautiful countryside with pylons.

“Of course everybody wants to see green energy but not at the cost of scarring the landscape.”

A consultation period ended on 16 June and a petition has been launched and councils have come out in opposition.

National Grid said increased renewable demands by 2030 meant existing power lines did not have the capacity.

It has proposed to run the cables underground through the Dedham Vale area of outstanding natural beauty on the Essex/Suffolk border.

The utility company said there would be another opportunity to comment on the proposals before an application was submitted to the Planning Inspectorate in late 2024.