Connells sits at the top of the corporate estate agency league table having accounted for the most property market listings of all corporate agency brands over the last six months, new research shows. 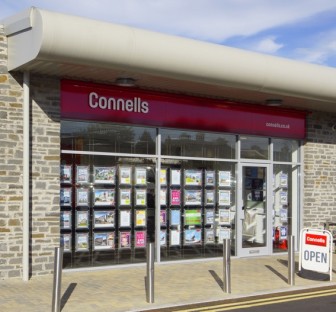 The company then looked at how they stacked up when looking at this listing activity as a percentage of all activity in the last six months to see which agent had the most listings.

However,  Purplebricks has been left out of the equation as GetAgent wanted to focus on what founder Colby Short, described as “proper estate agents”, as opposed to the “low cost, DIY approach of the online sector.”

This is despite PurpleBricks reporting strong trading this morning with instructions ahead of expectations.

In terms of individual brands, the analysis of property market listings by GetAgent shows that Connells is currently the most prominent corporate estate agent in current market conditions, accounting for 2.5% of all listing activity in the last six months.

In second place, William H Brown accounts for 2.2% of listings – the only other agent to achieve a similar share of listings.

However,  Purplebricks has been left out of the equation as GetAgent wanted to focus on what founder Colby Short, described as “proper estate agents”, as opposed to the “low cost, DIY approach of the online sector.”

In the last six months, Connells and its associated brands have clocked up an impressive 14.1% of all listing activity in the market.

In contrast, LSL ranks second but at just 3.2% of listing activity, they remain some way off the pace set by Connells.

The founder and CEO of GetAgent.co.uk, Colby Short, commented: “The nation’s estate agents have really stepped up to service the huge levels of buyer demand caused by the stamp duty holiday and it seems as though Connells has been leading the charge in this respect. Of course, it’s important to note that in addition to the big corporate brands operating within the industry, there is also an army of independents helping to shoulder the burden.

“Some may also note the absence of a certain online player but we felt it was important to compare apples with apples and keep the focus on proper estate agents. The low cost, DIY approach of the online sector is no substitute for the value of a traditional, full-service agent.

“This has become particularly apparent in recent times with homebuyers and sellers seeing long delays and tricky selling conditions due to the market backlog. This is really when the experience and guidance of a proper estate agent comes into its own and they’re worth every penny of their fee.”