Among the recommendations is the view that the government should finance remedial work, not leaseholders.

ARMA is now calling for further clarity around the bill’s legislation and regulation, particularly the roles and responsibilities of key professions in the construction and building management sectors. These include the newly formed titles of accountable person and building safety manager, which will form vital parts of the new regime.

ARMA welcomes the report’s suggestion of subjecting those in these roles to national accreditation and registration standards.

The report also requests further clarification of the term ‘higher risk’ with regards to buildings so the industry understands the Bill’s scope, a point which ARMA supports.

ARMA CEO Nigel Glen, who gave who gave evidence to the Committee during its pre-legislative scrutiny of the Bill, said: “The feedback is encouraging and certainly a step in the right direction towards alleviating residents’ fears over crippling remediation costs. Whilst historic defects are not the responsibilities of leaseholders to pay, there is an obvious shortfall of money in the current building safety fund. We urge the government to find a way to bridge this gap.

“The report also rightly addresses the grey area which exists for the industry with regards to the role of the building safety manager, a vital part of this new regime.

“In many areas there is clearly more work to be done, and the Committee has done a good job of highlighting these. We hope that the bill will fix the system’s flaws highlighted in the Hackitt review without a reliance on leaseholders to fund it. Only then can this bill become the sustainable safety net which we envisioned after the Grenfell tragedy.” 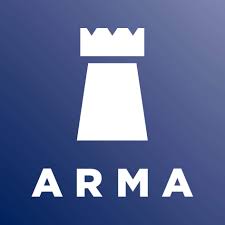 Protecting leaseholders from footing the bill

The question of who should pay for remedial work to fix existing fire safety problems remains unresolved and it is clear that the £1.6bn building safety fund will prove insufficient. The draft bill fails to protect leaseholders from being charged for correcting issues for which they were not responsible, and would allow freeholders to recover the cost of work through the building safety charge, contrary to what Ministers had promised.

The government must once and for all commit to the principle that leaseholders are not liable for fixing historic building safety defects and this must be reflected in the Bill. Historic costs must be explicitly excluded from the building safety charge.

The government should also announce its proposals for funding all building safety remediation work, removing the threat of large bills from leaseholders. In the short term this will require the Government to foot the bill while mechanisms are developed to recover the cost from those responsible for fire safety defects.

The Building Safety Bill is the primary legislation that sets out the framework by which a new regulatory system will be established. However without the supporting secondary legislation and regulation alongside it, it is difficult to assess how effective the proposals will be in practice. This is especially important in understanding the likely impact of proposals such as the Gateways process and the regulation of construction products. The draft legislation also fails to provide an explicit definition of the ‘higher risk’ buildings it will apply to, leaving clarification of the term to the explanatory notes.

The Government should include as much detail as feasible in the Bill itself or publish the secondary legislation alongside it, particularly in the areas where this additional information will prove critical. It should also clearly set out exactly which buildings the legislation applies to so that dutyholders are clear of on their responsibilities.

Under the legislation, each building will require a building safety manager to oversee the day-to-day management of building safety risks. It is as yet unclear whether the Government will adopt the competency framework for the role that was proposed in the Working Group 8 report or choose an alternative framework. This should be announced before the Bill is published.

Given the critical role that this new position will play in the practical operation of the new building safety regime, it would be appropriate to create a system of accreditation and registration to give residents confidence in the skills and competence of those appointed to the role. The government should establish a national system of accreditation to agreed common standards and a central register of building safety managers.

A national system for third party accreditation and registration should also be established for all professionals working on the design and construction of higher-risk buildings.

The draft Bill includes the role of the ‘accountable person’ who will be responsible for ensuring the ongoing safety of a building once it is inhabited. There is a risk that there will be overlap and confusion with the responsibilities of the existing role of responsible person, responsible for fire safety. The government should publish statutory guidance alongside the Bill to make clear how it expects the two roles to co-operate in practice. In the longer term it should give consideration to how the two roles can be consolidated.

The Hackitt report found that the product testing regime was opaque and needed greater transparency. While the draft Bill contains provisions for regulating construction products there is a lack of detail on the future testing system.

The Committee calls on the Government to legislate for a rigorous and transparent system for regulating construction products. This should include the publication of test failures and re-run tests so there can be greater confidence that the materials used on new buildings are safe.

Publishing the report, chair of the HCLG committee, Clive Betts MP commented: “Establishing a new regime to ensure that buildings are made safe will require significant change to how buildings are constructed and maintained. It is crucial that from day one those tasked with their design, construction and upkeep have no doubt of the new standards they are to adhere to and responsibilities expected of them.

“As it stands, there are still questions over how the broad framework set out in the draft Bill will operate in practice. Key definitions remain unclear and responsibilities ill-defined. Before they bring the legislation back to the House of Commons these areas must be addressed in full.

“The government must also bring an end to the ongoing uncertainty around who will pay the cost for the historic failures in the building safety regime. Leaseholders should not be expected to foot the bill for failures that were not of their making. This has dragged on far too long now and the government must accept that it will have to step in to cover the cost in the short term. But we are equally clear in stating that this should be the first step ahead of establishing robust mechanisms to ensure that those who are responsible for fire safety failures finance their remediation.”