When a member of the public handed in some old property details dating back to the 1930s after clearing out her loft, staff at Chancellors were quick to get out their calculators.

The details, which were handed in to the firm’s branch in Hemel Hempstead, advertised a couple of three-bed semis in Bracknell, Berkshire.

Today, three-bedroom semis in Bracknell on Rightmove generally seem to have asking prices around the £500,000 mark.

So in today’s money those homes were a bargain – although no doubt at the time, the buyers felt as though they were pushing the boat out.

However, the bit we like most about these old particulars is the one- and two-digit phone numbers for the branches. How much would they be worth if only you could buy them now? 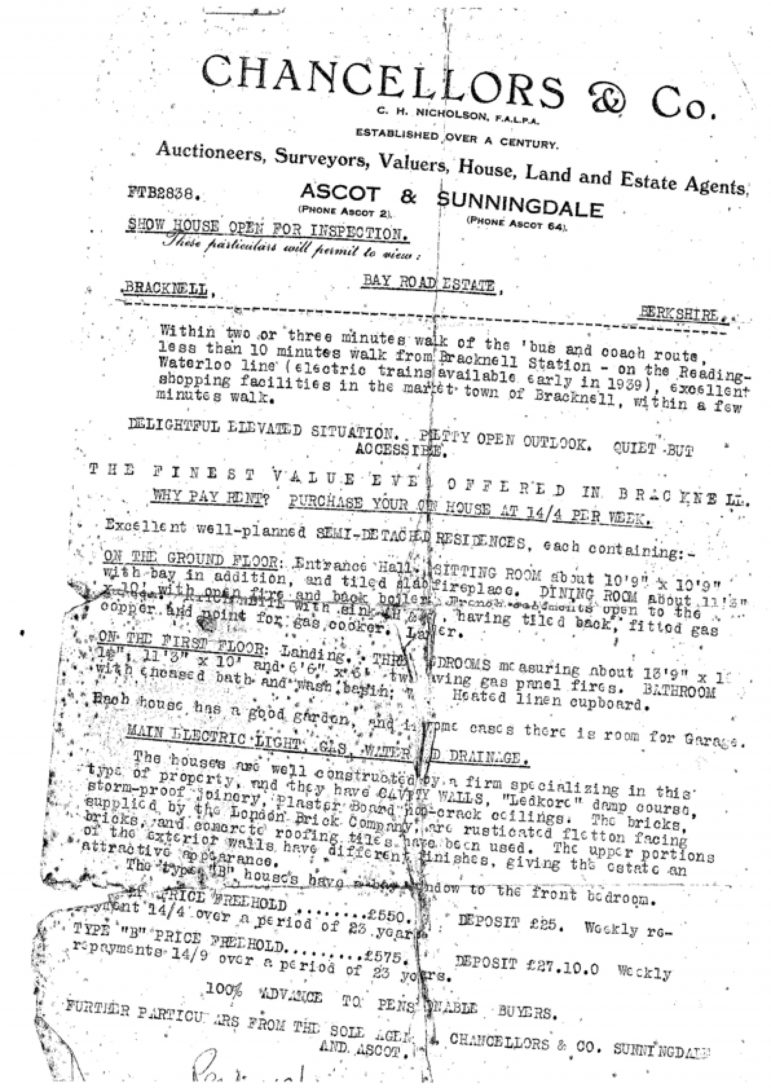