Most people know him as a strictly successful letting agent who has been with the same well-known firm in Oxford for 30 years.

But Frank Webster, of Finders Keepers, has had an unlikely double life for the last few weeks.

He has been taking part in the fourth annual Strictly Oxford competition – and has now emerged as runner-up.

Frank was one of 15 local celebrities taking part, each paired with a dance instructor.

The competitors spent six weeks practising, and from 3pm until 8pm every Saturday had to learn a new dance.

Frank, who like all the others had no previous ballroom experience, was at a distinct disadvantage as he missed the first two lessons due to work commitments.

Not to be deterred, he rehearsed independently with his dance partner, Jane Holmes. Often they were to be found on a local squash court practising their routines.

On the night, Jane and Frank received four perfect scores from the judges but were pipped to the post by Oxford police commander Supt Christian Bunt and his partner Sally Sheppard.

Throughout the competition Frank’s colleagues, clients, friends and family have been helping him to raise over £4,000 for Oxford’s Vale House, an independent care home for dementia sufferers.

Finders Keepers were also sponsors for the event’s programme.

Frank described his strictly experience as nerve-racking but enjoyable. He obviously hadn’t learned the script about “going on a journey” and failed to say  “amazing” every other word.

For total authenticity, he should obviously also have been smothered in fake tan and worn a shirt slashed to the waist.

However – many congratulations to Frank for such a great achievement and in such a terrific cause. 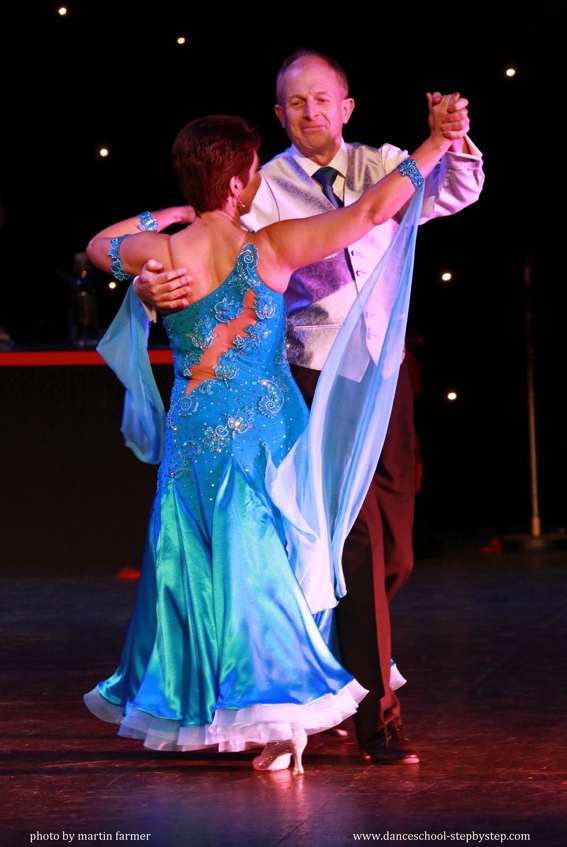