There has been a significant increase in rental demand, particular in city centre housing markets, according to Zoopla’s quarterly rental market report. 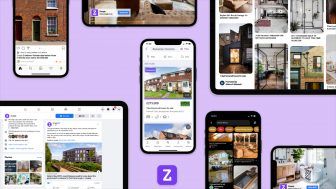 As the UK emerges from lockdown, renter demand is up 26% in central Edinburgh, 12% in central Leeds, 7% in inner London and 5% in central Manchester in the month since Easter.

The growth in demand for homes in London is being being fuelled in part by a sharp improvement to affordability.

With rents in the capital down 9.4%, affordability in London’s rental market is running at a 10-year high, based on the findings.

By contrast, UK rents outside of London are up 3% on the year, signalling the highest level of growth in four and half years.

Rents are rising fastest in the North East and the South West, where values are up year-on-year by 5.5% and 5.3% respectfully.

Rental performance outside of London is being driven by a 59% uptick in demand for rental properties in the 28 days to the end of April, compared to the average demand recorded during the same month in the more ‘normal’ markets of 2017 -19.

Gráinne Gilmore, head of research at Zoopla, said: “Elevated levels of demand in the wider UK market, amid constrained supply, will continue to underpin rental growth this year. The increased availability of mortgages for those with lower deposits may result in more people leaving the sector to buy their first home through 2021, but the wider economic uncertainty will limit this trend.

“At the same time, the opening up of the economy and the slow return to ‘business as usual’ as the vaccine rolls out means demand will continue to build over the summer as more people move to rent their first property – although, as ever, this will be dependent on the economy opening up in line with the planned timetable.

“Demand will continue to rise in city centres as offices start to re-open and this, coupled with increased affordability levels in many cases, will start to counter the negative pressure on rents seen over the last 12 months.

“In London, where rents are down 9.4% on the year, a modest reversal in rental declines has begun, but it will be a slow build back to pre-pandemic levels in inner London. The recovery will be uneven and we expect new or recently refurbished properties to attract higher levels of demand in H2.”