Zoopla has launched a new tool which is aimed at driving valuation leads directly to agents.

However, the valuations themselves – by Zoopla’s property data brand Hometrack – have come under fire from consumers.

Zoopla’s new valuation service was launched last month, when the algorithm powering the model was updated.

As from now, agents can use an online widget which can be integrated directly into their own website.

The tool is designed to capture key contact information from potential sellers and landlords as leads, before providing a free estimated sales and valuation range for their property.

After the seller or landlord fills out an online form, the lead is automatically delivered to an agent’s CRM system or mailbox.

Zoopla says that by providing a price range for sale or rent, the seller or landlord is encouraged to contact the agent directly for an accurate valuation, based on the agent’s in-depth knowledge of their local market.

However, the accuracy of the new online valuation service has been repeatedly criticised by reviewers on Trustpilot.

Some have complained that hundreds of thousands of pounds have been wiped off the value of their home overnight.

One reviewer this week posted under the headline ‘Zoopla new model may hurt you financially’: “Like many on here, I have the same experience of the appalling ‘new algorithm’ which has wiped off a considerable value from the estimated value of my property.”

Another says: “Advertising Standards Agency have washed their hands of Zoopla saying that the phrase at the end of their adverts ‘We know what a home is really worth’ is nothing to do with the new Hometrackk valuation system . . . total rubbish, people check this site for approximate valuations of properties in set areas which are grossly misleading.”

He said: “Did a war break out I wasn’t aware of? From now on I’m going to ask my three-year great nephew what he thinks it’s worth – it will probably be closer.”

EYE asked Zoopla about the consumer complaints, and a spokesperson said: “We’ve improved the model we use to provide house price estimates, increasing its accuracy and ensuring more properties are covered than ever before.

“While we are confident that the majority of customers and agents will respond positively to these changes, we recognise a small number of customers are disappointed by their new estimate.

“We’d urge customers who are disappointed to contact us so we can look into their estimate in more detail.

“If customers wish us to remove their estimate we are happy to do so while we resolve their query.

“It’s important to remember that the value given is just an estimate, and for a detailed, no strings attached house price valuation using the latest local knowledge we’d always recommend homeowners contact a Zoopla estate agent who will be happy to help.

“The Zoopla valuation tool provides the prospective seller/landlord with an instant house price estimate range and positions the agent as the expert to provide an accurate valuation.”

Agents wanting to find out more about the new valuations tool should visit: 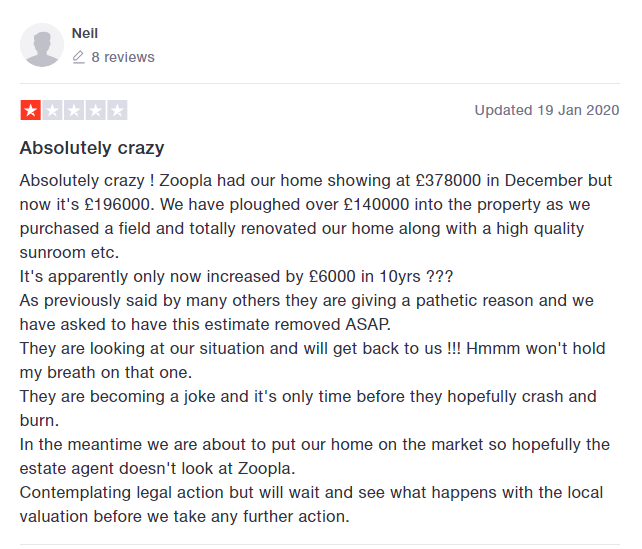 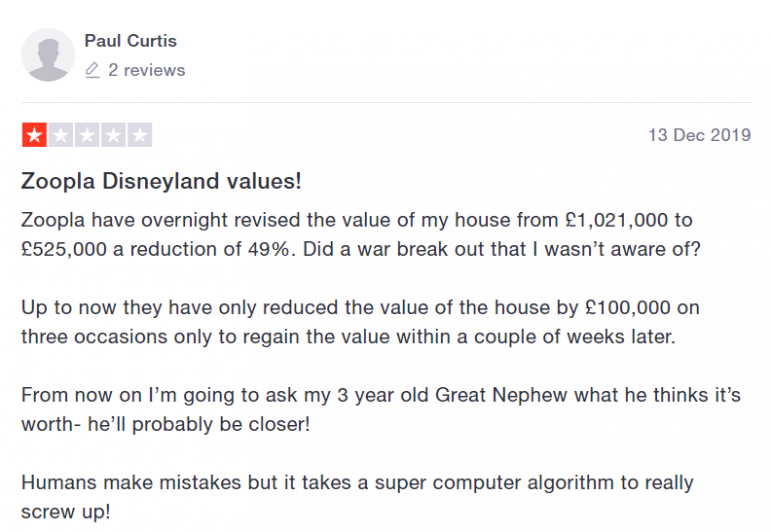