We should not read anything into it, but Zoopla beat Rightmove in the latest Agents Giving golf tournament.

The Zoopla team won, with Rightmove in third place.

The main object of the day was to raise money – and the day put £4,500 into Agents Giving coffers, ready to be passed on to agents’ own good causes.

The bi-annual event, at Donnington Valley Golf Club in Berkshire, involved an auction and charity dinner after the competitive golf tournament.

The day was well attended by estate agents from up and down the country and by Agents Giving ambassador Phil Spencer.

Competition was fierce but the winning team by a whisker was Zoopla Property Group. There were also individual prizes: David Packwood from Andrews was awarded for the longest drive while Darren Dinnage from Rightmove won the prize for the worst drive.

Meanwhile Simon Whale from Reapit retained his ‘best dressed’ title from the last golf day, held in May. Sadly, we do not have a photo to show you.

The event was sponsored by Hunters, Zoopla Property Group and Property Academy, and the golf day partners were Cabin Fever, Ravensworth, Network Auctions, Reapit, Brief Your Market and Local World. 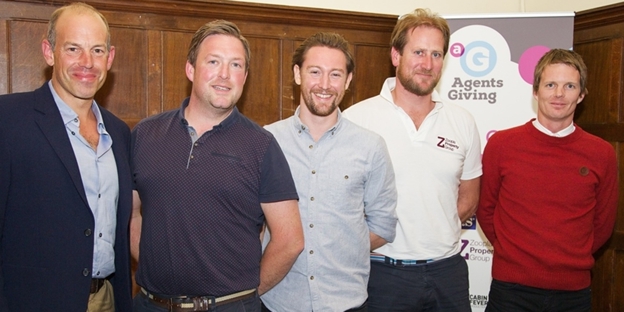