A house in London is set to be sold to a private buyer for an all-time UK record. Despite seven long years on the market and being heavily discounted, it is selling at £210m to become the most expensive house in the country.

The agent pulling off the coup is Beauchamp Estates, founded and headed by Gary Hersham.

The buyer of the seven-storey, 45-room, 20-bedroom mansion in Rutland Gate, Knightbridge, is Chinese magnate Cheung Chung Kiu. The property has been owned by the Saudi royal family.

If the deal goes through as expected, it will eclipse the UK house price record that has stood for nearly ten years, the purchase of Park Place in Oxfordshire for £140m.

It would also overshadow the $238m paid for a penthouse in Manhattan last year by Ken Griffin, founder of hedge fund firm Citadel, and said at the time to be a US record.

Cheung is founder of CC Land Holdings, a property company listed in Hong Kong, and which owns the ‘Cheesegrater’ in London.

The Rutland Gate property, originally built as a terrace of four townhouses and later converted into a single home, is in common parlance a ‘doer-upper’ which would be easily worth over double once work is done.

A spokesperson for Beauchamp Estates said that at present no decision has been made on whether the final scheme will be a single house for private use, or an ultra-prime multi-unit apartment scheme.

Once the property is refurbished and redeveloped it will be worth between £500m and £700m, said the Beauchamp Estates spokesperson, who told us the house had an asking price of £300m when negotiations started early last year.

The Knightsbridge deal is the talk of the super-prime industry in London.

Trevor Abrahmson, managing director of Glentree International, aka the billionaire’s estate agent, said: “I would describe before December 12 as BC and post December 12 as AD.”

Liam Bailey, global head of research at Knight Frank, said: “The luxury residential market in London has seen a significant bounce in demand – as some of the political uncertainty which dogged the market in 2019 has been replaced following the election of the first government with a workable majority in nearly a decade.

“So strong has this uptick been that Knight Frank data reveals that the number of exchanges in prime central London in December was the second highest monthly total since April 2014 – with this activity driven by a sharp uptick following the election result.”

Below, Britain’s most expensive house 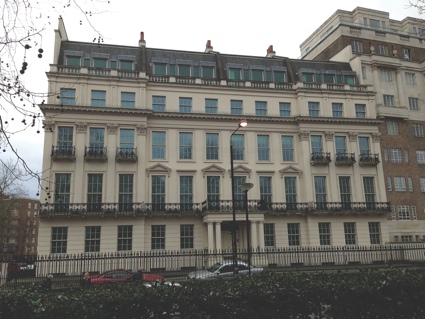