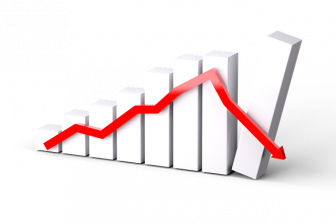 Savills has issued a new five-year house price forecasts for both the prime and mainstream markets. As borrowing costs rise, the housing market will diverge between the mortgage-dependent mainstream markets and the prime markets, broadly the top 5-10% by value in each region, the firm says.

After over two years of strong growth, the average UK house price is expected to fall by 10% in 2023 when interest rates peak, but the prime markets will see smaller falls and outperform over the five-year forecast period.

There will be a growing divergence between cash and equity rich or cash buyers and other groups in their ability to transact, and between the mainstream market and prime markets where housing wealth is most concentrated.  As an example, prime central London values are expected to fall by just -2% in 2023 and rise by a net 13.5% by the end of 2027.

On the assumption that interest rates gradually ease back from the middle of 2024, Savills is forecasting that values will begin to recover and that the average UK house price will rise by a net figure of +6% in nominal terms over the next five years.

This is expected to be accompanied by a fall in housing transactions to levels a little less than three quarters of the pre-pandemic norm, as first time buyers and buy-to-let investors bear the brunt of increased affordability pressures next year, when Bank base rate is expected to peak at 4.0%.

“The housing market has remained remarkably strong through the first nine months of 2022, but demand dynamics changed over the autumn with the realisation that the Bank of England would need to go faster and further to tackle inflation,” says Lucian Cook, Savills head of residential research.

“A new prime minister and fiscal policy U-turns appear to have reduced some of the pressure on interest rates, but affordability will still come under real pressure as the effect of higher interest rates feeds into buyers’ budgets. That, coupled with the significant cost of living pressures, means we expect to see prices fall by as much as 10% next year during a period of much reduced housing market activity.

“There are several factors that will insulate the market from the risk of a bigger downturn as seen after the financial crisis.  Borrowers who haven’t locked into five-year fixed rates had their affordability heavily stress-tested until August this year.  This, combined with relatively modest unemployment expectations and signs that lenders are looking to work with existing borrowers to help them manage their household finances, should limit the amount of forced-sale stock hitting the market next year.

“And looking longer term, the Bank of England’s relaxation of mortgage regulation over the summer has substantially enhanced the prospect of a price recovery; but only as and when interest rates start to be reduced, once inflationary pressures in the wider economy ease.

“Meanwhile, rental value growth will continue to outpace earnings growth in the short-term because of the pronounced imbalance between supply and demand, which will come as positive news to landlords already facing higher borrowing costs, but will put increasing pressure on struggling tenants.”

Savills continues to expect mainstream housing markets furthest from London, where mortgage affordability is least stretched, to be the strongest performers over their five year forecast period, with slightly less short term downward pressure on prices and more capacity for price growth during the recovery.

Source: Savills Research (Note: These forecasts apply to average prices in the second hand market. New build values may not move at the same rate.)

“Historical trends suggest that, from a geographical perspective at least, we are just over halfway through the second half of a housing market cycle” says Frances McDonald, Savills research analyst.  “And we expect cyclical factors, which are closely linked to affordability, to continue to take precedence over the regional distribution of economic growth over the next five years.

“However, regional price growth is expected to converge around the UK average at the end of our forecast period as the value gap shrinks, potentially putting London and the South East back in a position to deliver the strongest house price growth from 2027 onwards.”

Top end of the market to be most resilient

Meanwhile, the prime housing markets (broadly the top 5%-10% by value in each region) are expected to see smaller price falls and a stronger recovery than their mainstream counterparts, due to less reliance on mortgage debt.  This will cushion them from the affordability concerns governing the mainstream markets, but they will not be completely immune to higher interest rates and weaker sentiment feeding upwards from lower price bands.

Source: Savills Research (Note: These forecasts apply to average prices in the second hand market. New build values may not move at the same rate.)

The difference between the prime and mainstream markets is expected to be most pronounced in prime central London where prices remain -18% below their 2014 peak, given relatively modest price growth of just +2.4% since March 2020.

“The rarefied market in central London’s top postcodes continues to look good value in historical terms, particularly when seen in the context of the weaker sterling and strong dollar,” says McDonald.

“A price recovery in this market appears long overdue. This will help shield it from more significant price falls, though it increasingly looks like a stronger recovery in prices will not materialise in earnest before 2025, given the global economic backdrop and prospect of a UK general election in 2024.”

Prime regional markets, which have recorded unprecedented levels of price growth since the early days of the pandemic, are expected to see falls of 6.5% across the course of 2023, but a net gain of 10% on average in the five years to the end of 2027.

The wider South, which includes the coastal hotspots of Cornwall, Devon and Norfolk, tends to see more cash buyers and so are likely to be more resilient.  Similarly, the value gap between the Midlands, North and Scotland and wider commuter markets will leave greater capacity for growth, and so Savills expects them to be the strongest performing regions over the five years to 2027.