Trustpilot reviews of  Lovepad site were taken down yesterday.

A Trustpilot spokesperson said: “Trustpilot is aware of concerns raised about the reviews of Lovepad.co.uk and our compliance team has been investigating the matter.

“All but one of the reviews in question have been removed from our site and we will be following up with Lovepad to investigate further.

“We take issues around the authenticity of reviews very seriously and have zero tolerance for fraud – all reports of misuse are investigated.

The spokesperson later clarified that it was not Trustpilot which removed the reviews.

He said: “The reviews were actually independently removed from the site while Trustpilot was still investigating them rather than Trustpilot taking them down themselves.”

The Lovepad site is here and includes a slick video.

Below are reviews which were on Trustpilot yesterday morning 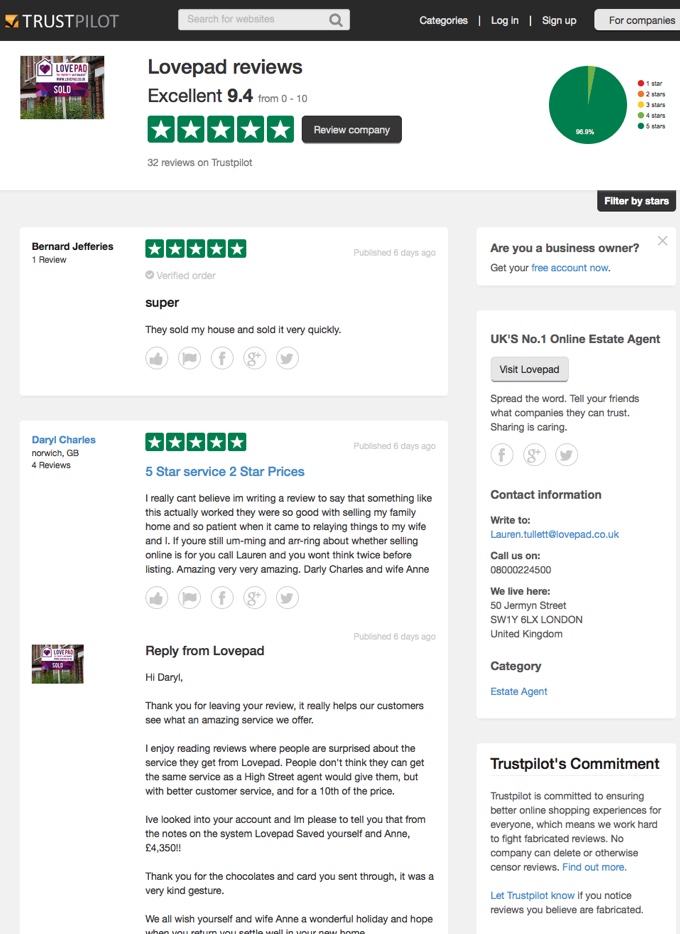