Online agents have lost market share, while Purplebricks’ share of the online sector has slipped – although it remains easily in front.

Meanwhile, there is new evidence that the market itself has slipped. According to the Land Registry, in April there was an annualised ‘run rate’ of just 885,000 transactions, suggesting that both high street agents and online firms will be battling harder for market share amid a decreasing pot of sales.

On Twitter, Stephen Hayter said that the figure suggests that the market is trading at only 80.45% of what is generally seen as a healthy market of 1.1m transactions.

According to The Advisory, which tracks the estate agency market on a fortnightly basis, the top ten online agents accounted for 4.4% of all new listings in the two weeks to May 17.

This was down from 5.19%, the highest market share recorded so far this year.

With that figure, Purplebricks remains miles ahead of other online firms, with 2,749 new listings between May 3 and last Friday.

The next online agent, HouseSimple, had 516 new listings in the same period, followed by Yopa wih 482.

Three online agents took on fewer properties than in the previous two-week period. They were Purplebricks (9.7% fewer), Emoov (80% down) and easyProperty (175%) down.

The Purplebricks reduction in new instructions included an “unquantifiable” number of properties back from a market break, says The Advisory.

All told, there were 95,926 new listings in the last fortnight, almost 10,000 more than in the previous two-week period.

High street agents between them took easily the lion’s share of these new listings – 87,741 of them. 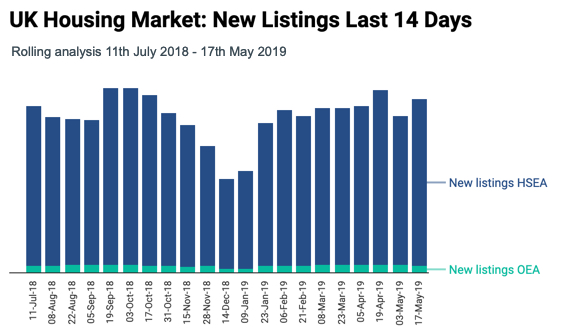 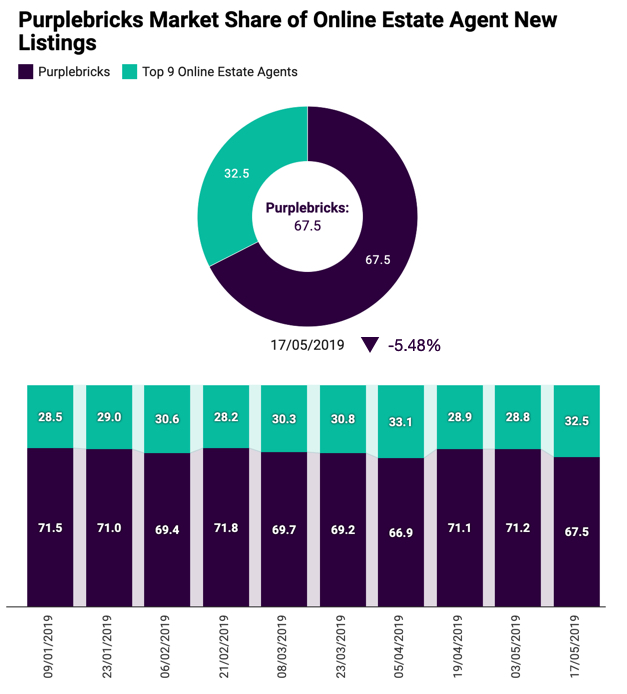 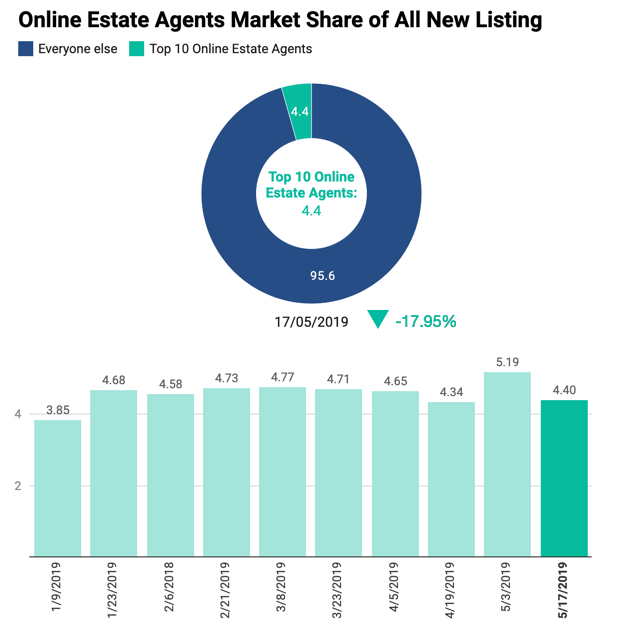 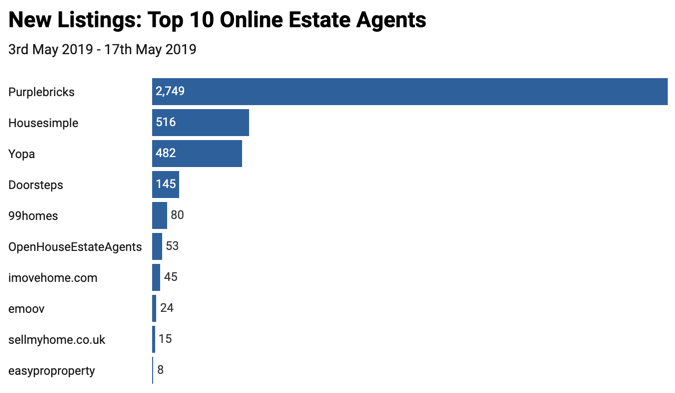 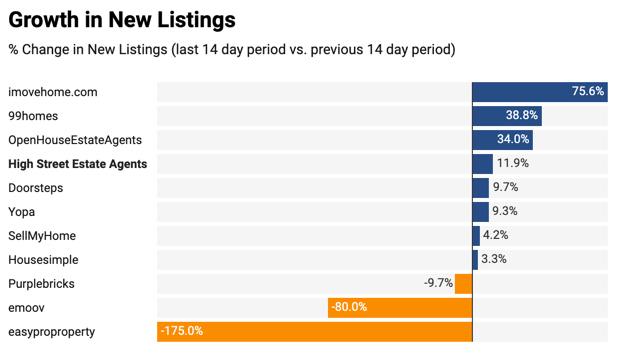