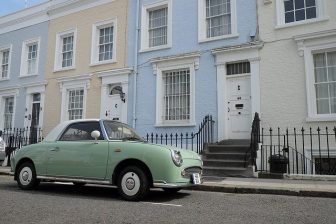 The lure of city living means the prices of prime properties in urban housing markets are now increasing faster than than top-end homes in surrounding rural areas, according to Savills.

House price growth in the UK’s prime country and coastal markets is starting to steady, after two years of runaway growth, the estate agency said.

On average, the UK’s prime regional markets continued to grow by 1.2% over Q2 2022, marginally down from the 2% growth seen over the first quarter of the year. This follows 16% of growth since the start of the pandemic – March 2020.

“Following two years of unprecedented growth in the UK’s prime regional markets, the market has started to readjust and price growth is softening. However, the slowdown is driven by lower levels of price growth in markets which saw the highest level of buyer demand over the course of the pandemic, rather than price falls,” said Frances McDonald, research analyst at Savills.

But the distribution of price growth is beginning to change. Now, after two years of the pandemic-fuelled race for space, price growth in urban markets is surpassing growth in surrounding rural areas, as the market rebalances in response to employees returning to offices. For the first time since December 2020, annual growth in well-connected urban markets is higher – up +7.0% on the year vs 6.7% in surrounding areas – with Tunbridge Wells (+4.2%), York (+3.1%) and Loughton (3.1%) experiencing some of the strongest quarterly growth.

“The lure of urban living is also becoming more popular with downsizers – who recognise the opportunity to sell into a market where demand hugely exceeds supply, and are keen to trade in country pads in exchange for properties in cities such as York, Bristol or Winchester. As a result, we can expect to see regional urban markets perform more strongly over the second half of the year,” McDonald continues.

There are also early signs that demand has softened amongst discretionary buyers in the prime coastal market – where prices have risen +24.3% since the start of the pandemic. Growth here has started to slow – and values are up just +0.6% on the quarter (but still +8.7% on the year).

Despite slowing price growth, lack of stock remains an issue and is continuing to prop up prices in some locations. Three in five agents (62%) cited lack of stock to be the biggest issue impacting the market, followed by increasing interest rates (21%) and the rising cost of living (17%).

“Growing concern for the country’s economic outlook has seen the gap between seller expectations and buyer budgets narrow – and they are now more aligned on price point. Demand is still strong, but buyers are acting with caution and are less willing to bid over the asking price to secure the right property.”

“How much buyer budgets will shift over the remainder of the year will largely depend on how far the Bank of England decides to increase interest rates. This will have a more significant impact on markets which typically take on more debt – such as the South and the home counties – and as a result, we may see a further slowdown in growth towards the back end of this year.”