Mystery surrounds a new ‘lookalike’ Purplebricks Twitter account which has been set up, purporting to be Purplebricks UK customer support.

The ‘Purplebicks’ (sic) superficially looks like the real thing, but the tweets would be a complete nightmare for any agent if they really had come from customer support.

By yesterday evening the spoof account had posted only 18 tweets, had no followers and was following no one, and gave the address @PurplebicksUK.

One response was an apology plus the “explanation” that a message was sent by an operator using illegal drugs which had now been “confiscated for the Christmas party”.

Further posts used bad language and one post tells both Robert May and Which? to “wind your necks in”.

It has also posted to some well known journalists, plus to industry figure Eric Walker and to Purplebricks itself.

A spokesperson for Purplebricks said they were aware of the site and have reported it to Twitter as it was in violation of its terms of service as imitating a brand.

By the time you read this, it may have been sent on its way – with no clues as to who might have been behind it or why.

Update: The site has now vanished. 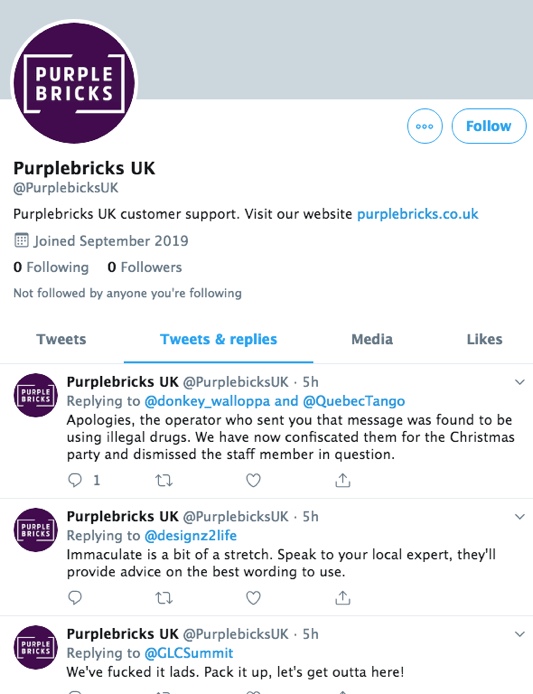