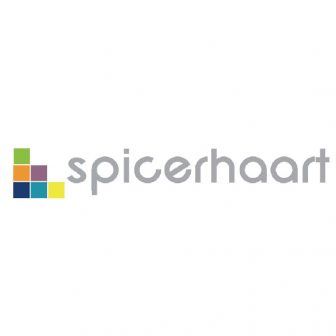 The Spicerhaart estate agency group has signed the Armed Forces Covenant, signalling its commitment to being a forces-friendly employer.

At the same time, it has joined the Ministry of Defence Career Transition Partnership (CTP) scheme, connecting the company, which has its headquarters in the garrison town of Colchester in Essex, with a wide pool of highly trained and skilled ex-service and reservist personnel.

Emma Barber, Spicerhaart’s head of training and development, whose husband is a former soldier, said: “We are extremely proud and supportive of the dedication and commitment given by forces personnel to our country.

“We are therefore delighted to have signed the Armed Forces Covenant and have pledged to treat all service personnel fairly and with respect.”

Barber, who is the company’s armed forces champion, added: “This is such an important initiative for us as people retiring from the Army, Royal Navy, Royal Air Force and Royal Marines have so many transferable talents. They are disciplined, motivated and have excellent communication skills.”

Trudy Reilly, the Employer Relationship Manager, for the CTP in the East of England, welcomed Spicerhaart’s decision to sign up to the recruitment scheme.

She commented: “We are delighted that Spicerhaart have signed the Armed Forces Covenant and also engaged with us to encourage and attract service leavers, veterans and military families into their industry and business.

“Having such supportive employers makes the transition from the military to the civilian workplace a much easier process for our service leavers especially knowing that employers such as Spicerhaart value their transferable skills and experience.”

Among those who’ve already put their talents to good use within the company are IT Infrastructure specialist David Skingley, 55, who joined Spicerhaart in 2017, having completed a 26-year military career, followed by 13 years in commercial and government roles.

He had risen through the ranks to become a Warrant Officer in the Royal Corps of Signals and is now a member of the IT Infrastructure team responsible for managing Spicerhaart’s data centre servers, networking, computers and IT security.
He said: “As an ex-soldier, the Armed Forces Covenant is close to my heart, and therefore it is great to see the Spicerhaart group getting so involved.

“When you first leave the forces, it can be extremely daunting because you don’t necessarily realise you have the skills that businesses are looking for.

“Having worked in IT during my service, it was more of a straightforward transition for me than others, but I’d encourage anyone else searching for a new role to take a look at what estate agency has to offer.

“People will be surprised at the variety of different roles that are available with the key element of training to support the transition from the services. There are a number of other ex-service personnel who are already integrated into the Spicerhaart Group that are also forging successful careers.”