With the number of new flats built during the last housing boom in 2007 being added to the existing flat/apartment stock, as well as many developers now frequently protecting the interests of their newly created environment by selling leasehold houses, it is not too surprising to find that nearly 30% of the conveyancing work that myhomemove undertakes is to do with leasehold property.

Leasehold tenure is very sensible. It creates a mutual dependence between freeholder and leaseholder and is essentially a symbiotic relationship that should co-exist to everyone’s advantage.

However, the difficulties that it causes at the time of the Transfer of Title, which more often than not is between the seller and the buyer of the leasehold interest, do not help the speed of the transaction.

Let us also bear in mind that the chance of a second-stepper owning a leasehold property has to be quite high. After all, how many first-time buyers’ first home is a flat – mine was.

The difficulties arise when conveyancers need information about the current leaseholder’s occupation, and the need to reconcile such matters as ground rents, management and maintenance charges for their respective clients.

Unfortunately, most buyers and sellers don’t understand what needs to be done, and after all why should they.

You can be reasonably certain that they will not have budgeted for some of the costs involved. We know how surprised they are when we have to ask them for the money; “How much?” and “What’s that for?” are common comments.

Let us not forget that leasehold management companies (big and small) are not in any way regulated, so they can do pretty much what they want, when they want.

At myhomemove, we have run some relatively simple queries off our database regarding leasehold transactions in the last year – and the difference between the highs and lows, and fast and slow, can be quite startling. It is worth noting that the durations that I refer to from here on is the time taken from the point of our last chase, to the time of our receipt. It is not the period from when we first requested the information.

Let’s take the Notice of Transfer as an example. There are many landlords that charge no fee whatsoever, but those that do average £86.45. But it has been pointed out in previous PIE columns that averages can be misleading – well in this case the range is from £0, or commonly £10, up to £300, and there are some that are much, much higher (they are the exceptions). 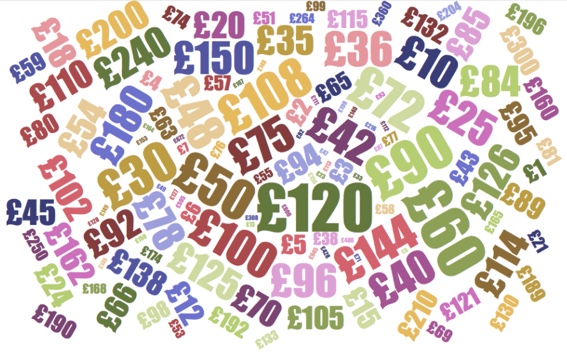 So let’s move on to the time that it takes to receive the information. The overall average is 40 days, with over a third of transactions over this average – and thank goodness that is calendar days because the range is from less than a week to well over a year!

To help remove the exceptions I have used Pareto and considered how long it takes for 80% of requests to come back to us from the date of request. Even excluding the worst 20%, the average is still over 20 days. You will also see from the picture cloud above that multiples of 7 are very common – which cannot be just a coincidence. 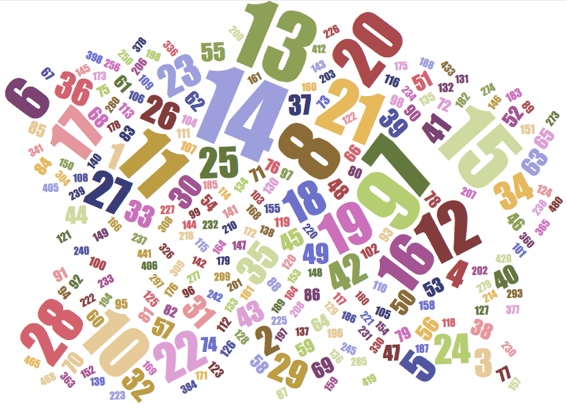 *Picture cloud shows calendar days for replies to requests, from sending the request to receiving a reply. The bigger the number, the more cases there were in which the reply took this time. – myhomemove Management Information, August 2015.

Although we regularly chase our queries and information requests, there are some management companies that do not publish a telephone number, and we know of one that was so busy that they turned their phones off for a week, just so that they could catch up, making it difficult to get in touch for an update.

It is worth mentioning, and hardly surprising, that there is no correlation between the cost of enquiries and the speed of delivery. Even though you might expect the biggest companies to be fully automated, meaning requests should be produced at the press of “enter”, it is often these companies that charge the most and take the longest to deliver.

Is there anything more that can be done?

Considering the effect that leaseholds have on transaction/chain timescales we should all be making an effort to highlight the issue, and trying to do something about it with people who have influence.

This, however, is in the longer term, but in the short term can I suggest that agents spend a bit more time with their seller clients and their buyers explaining that “Things take time”, particularly with leaseholds, and that the transaction is dependent upon information.

Ask your seller “Who is your management company?” or it may be easier to ask “Who do you pay ground rent to?” and “Are you up to date with your ground rent and maintenance charges?” and then make sure that you include these details on your sales memorandum, because if you don’t, you can be sure that things will be held up even more.

Finally, be prepared for the transaction to take longer – and here’s a hint, it will probably take longer than 28 days!