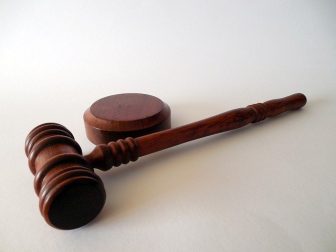 The Scottish government is preparing for yet more legal action as a group of landlord associations seek a judicial review over their rent freeze and eviction ban.

Scottish Greens co-leader Patrick Harvie, who is also tenants minister, announced last week that the Scottish government is lifting a rent freeze pledge by permitting hikes of up to 3%.

However, this has been deemed insufficient by landlord associations who have joined forces to apply to the Court of Sessions to demand that it is repealed on grounds of discrimination against them and loss of revenue.

The bill was fast-tracked through Holyrood last year and is aimed at helping to address the cost-of-living crisis. A rent freeze was installed until the end of March, along with an eviction ban.

This was then extended until 30 September, although landlords will be allowed to increase rents by up to 3%, although the freeze will be abolished for social landlords, who reached an agreement with ministers that increases would be below inflation.

The landlord groups submitted a nine-page complaint which was signed by Lord Davidson of Glen Cova KC who is a former Advocate General for Scotland.

They argue that the legislation has led to “a material adverse impact on the income and capital of landlords renting property in Scotland”.

The document also argued that the Act violated Article 14 of the European Convention on Human Rights – written to offer protection from discrimination.

John Blackwood, the chief executive of the Scottish Association of Landlords, said the legislation has forced many landlords to sell their properties, thus reducing much-needed housing supply.

Blackwood commented: “While the Scottish government sees fit to raise council and housing association tenants’ rents, so social landlords can do repairs and improvements, they fail to realise that private landlords are faced with similar financial pressures,” he said.

“The ministerial statement in Parliament last week, and yesterday’s announcement, make it perfectly clear the Scottish government plans to continue with eviction ban and rent increase restrictions in the private rented sector beyond 31 March. Landlords have had enough.

“We must stand united to protect our property rights by challenging this unfair legislation in court.”

Sarah Jane-Laing, the chief executive of Scottish Land and Estates (SLE), said the Scottish government had sought to “unfairly penalise” private landlords, insisting that “the decision to submit this petition is not one that has been taken lightly”.

She added. “The announcement from the minister is too little, too late and the figure of 3% appears to be plucked from thin air.

“For too long, the Scottish government has sought to disregard evidence provided by the sector and has been reticent in recent months to engage in any form of constructive dialogue.”

Nathan Emerson, CEO of Propertymark, added: “The legislation is being made without any clear evidence as to its need. However, the immediate effects are clear to those on the coal face of the problem, as a direct result of the Scottish government’s initial decision to cap rents at zero, 68 per cent of Scottish letting agents report an increase in notices to sell from landlords.”

“Private landlords provide homes on a huge scale for people, and they must be able to cover the costs of outgoings on the property. Repairs and maintenance costs are not solely applicable for social landlords and it’s essential for landlords to be able to keep properties to a high standard in the interests of their tenants.”

“Unlike for providers of social rented accommodation there has been no task and finish group for the private rented sector to formally raise our concerns.”

”The private rented sector has been clearly singled out with complete disregard for the positive impact it provides. It is vital that we ensure that the residential property sector in Scotland is investible and that is why we have been left with no choice but to formally object to these measures with the Court of Session in Scotland.”

“It is clear that a number of organisations feel they now have little option but to launch this judicial review, due to ministers failing to listen to their concerns.

“Their rent freeze has reduced the number of properties available to rent and put on hold plans to build thousands of affordable homes.

“Now the SNP-Greens typical we know best attitude could result in a costly judicial review, that taxpayers would likely pick up the bill for.”

A spokesman for the Scottish government commented: “We recognise the role of the private rented sector in providing homes for let, and acknowledge that some costs have been rising for landlords as well as tenants. The emergency legislation passed by Parliament requires us to keep measures under regular review.

“So, subject to the approval of Parliament, we intend to allow landlords in the private sector to increase rents by up to 3%, or alternatively to apply to Rent Service Scotland for an increase of up to 6% to help cover defined cost increases associated with their let property.

“We are not aware of a legal action being served on the Scottish ministers challenging the Cost of Living (Tenant Protection) (Scotland) Act 2022.”