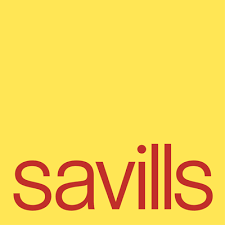 Following the abhorrent racist abuse of England players after the Euro 2020 final defeat to Italy, including a tweet from an account that belongs to a Savills employee, the estate agency has been ridiculed on Twitter for stating that it is committed to encouraging diversity amongst its workforce.

Negative criticism comes from a number of social media users after an image emerged that appears to show an all-white board of directors.

The company has attracted negative press attention this week after one of its employees was suspended for allegedly posting a racist tweet about England’s Euro final defeat.

Following the incident, Savills issued a statement stating: “Savills is committed to eliminating discrimination and encouraging diversity amongst our workforce. A full investigation will be carried out in regards to this unacceptable incident.”

But a widely shared image on social media of the firm’s board of directors has attracted plenty of comments.

“Savills is committed to eliminating discrimination and encouraging diversity amongst our workforce.

Your management team are very diverse. Some of the men are bald. Some wear glass,” one commentator said.

Another said: “The thing about racism, @Savills is that a ‘bad apple’ may well not be your fault. But if you are really ‘encouraging diversity’ amongst [your] workforce’, shouldn’t that also apply to your UK Board? Something to think about.

+ “Very diverse board of directors I see.”

+ “Encouraging diversity amongst our workforce.” THIS is your board of directors. Tell us what is diverse about it?”

+ “What anti-DISCRIMINATION and DIVERSITY? Or were you HACKED too #Savills?”

+ “Diversity? have you SEEN your management team recently?”

“Encouraging Diversity amongst our workforce”….meanwhile

There are plenty more online messages as criticism of Savills on social media grows following the controversy over a racist tweet sent from the personal account of one of its employees.