A For Sale board has appeared on a property which suggests that it is being sold by Rightmove itself – causing a flurry of concern among local agents.

The For Sale sign, on the property in Ferndown, Dorset, carries the Rightmove logo and mentions no agent.

It does, however, direct people to a telephone number. When we rung it, we found ourselves talking to the vendor.

The For Sale board also directs anyone interested to what appears to be a private website set up by the vendors www.290StationRd.co.uk

The board also advises: “Viewing by appointment only. Take a look at Rightmove.”

The property is listed on Rightmove through online agent Turtlehomes, and was added on April 13. The Turtlehomes listing specifically directs readers to the private website.

At the end of the listing is an agent’s note which says that the heating system and appliances “have not been tested by Hearnes Estate Agents”.

Clicking through to the ‘particulars’ and you are immediately on the website of 290 Station Road.

Turtlehomes, based in Gloucestershire, offers a service that starts at £195 which includes listing on Rightmove and Zoopla, but not a sales board. Turtlehomes sales boards come with the two more expensive packages at £395 and £550.

We did contact Turtlehomes and spoke to founder Richard Tuck, inviting him to comment if he wished.

A Rightmove spokesperson said: “As soon as this was brought to our attention we contacted the agent and asked them to speak with their vendor to remove the Rightmove branding from their own marketing materials, which they are in the process of doing.”

The spokesperson said that Rightmove had also asked Turtlehomes to remove the reference to the vendors’ own website, and said that the listing is now directing people to the agent’s brochure.

Below: The For Sale sign spotted outside the property 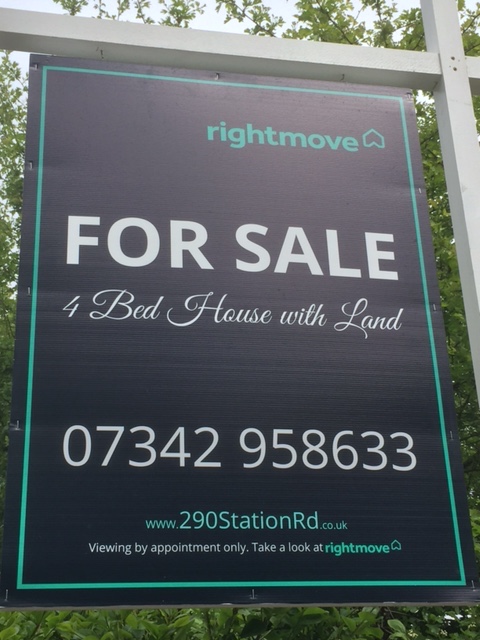 Below: A screengrab of the listing on Rightmove where online agent Turtlehomes directed people to the owners’ private website – this is now removed 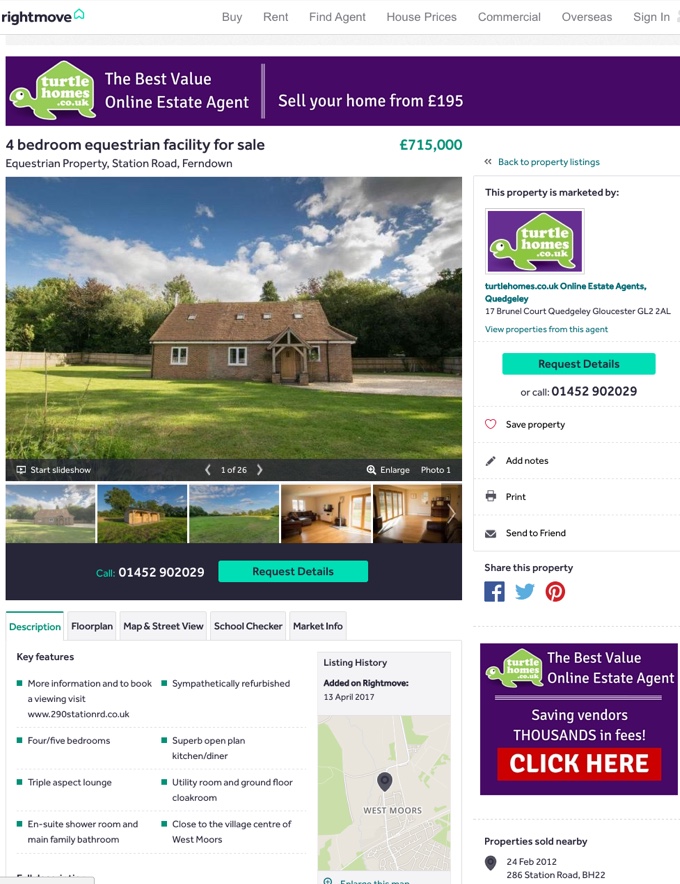 Below: A screengrab of the now-removed link on Rightmove showing the owners’ private website 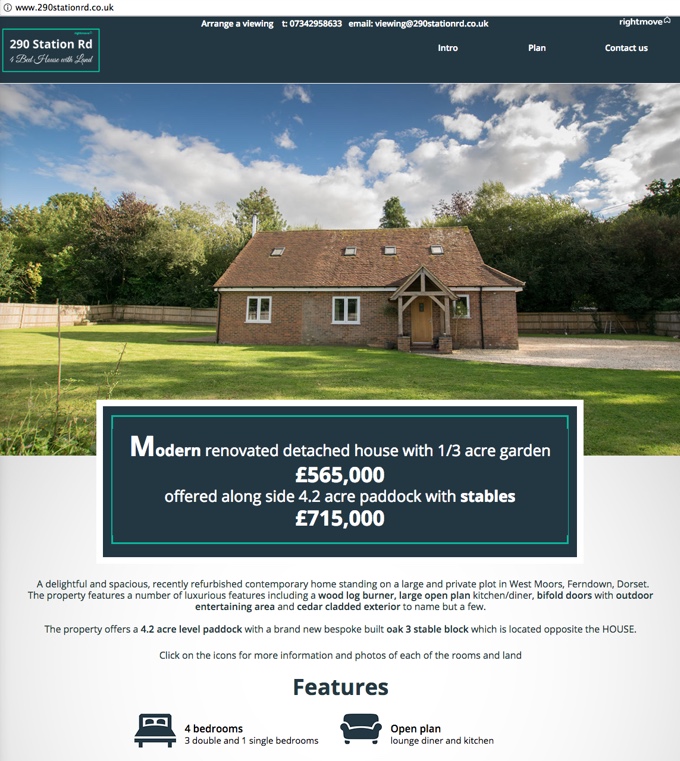