Over half the reviews of Purplebricks on the allAgents site have been removed, with Purplebricks saying it would vigorously defend its reputation against lies and defamation.

Martin McKenzie, of allAgents, said that a legal letter had been received.

He said: “All the challenged reviews are one stars with the exception of one, which is a three star review.”

Despite the removal of reviews, last night a number on the site were giving negative reviews of Purplebricks.

A spokesperson for Purplebricks told us: “Purplebricks is proud of its reputation and the quality of the service that it delivers for customers.

“We will defend this reputation vigorously from smears, falsehoods and defamation.”

Separately, there was some mystery at the weekend as to Trustpilot reviews of the new US Purplebricks business.

While some reviews remained up on Saturday – including one which said that all the reviews were from the UK – many had been removed and were replaced with a message from Purplebricks USA saying it had reported the review.

The text stated: “We believe this review should be on our UK Trustpilot site. This is currently under review and appropriate action will be taken.”

“Reflecting this the Trustpilot reviews have, as planned, migrated to the UK site. We look forward to delivering a fantastic service stateside and securing thousands of new brand advocates, to match those in the UK and Australia.” 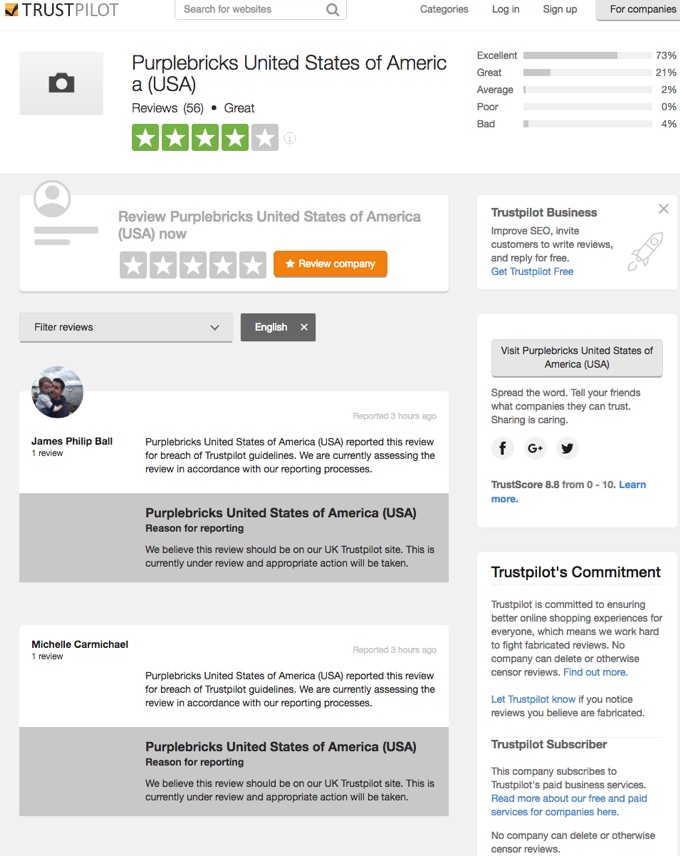