The commission charged by estate agents naturally varies across each region of England and Wales, with new research revealing that average fees start from just over £1,800 in the North East and increase to almost £9,200 in London.

Yes Homebuyers analysed data from the Land Registry as well as GetAgent.co.uk in order to calculate the average fee charged by agents in each area, along with the number of transactions that have completed so far this year, and what this equates to in terms of the commission earned by agents across England and Wales.

The study by the property acquisition firm found that London, where the average property sold for £525,660, at a median agent fee of 1.75%, predictably tops the table for agent commission so far this year, at an average of £9,199.

The South East has been identified as having the second-highest total with agents in the region earning an average commission of £5,101.

The East of England has seen agent commission hit an average of £4,512, while in the South West it now stands at £3,925.

Agents in the North East typically earn the lowest amount, at an average of £1,809.

Unsurprisingly, Kensington and Chelsea in London has seen the most considerable fees on a local level with an average agent earning £30,198.

Cornwall ranks highly as one of the estate agency fee hotspots outside of London, along with Birmingham, Leeds, Bournemouth, Wiltshire and Bristol.

Matthew Cooper, founder and managing director of Yes Homebuyers, said: “It’s fair to say that many agents more than earn the fee they charge and have been adding significant value to the home selling process through what has been a tough few years of political uncertainty, followed by a dose of pandemic market madness.” 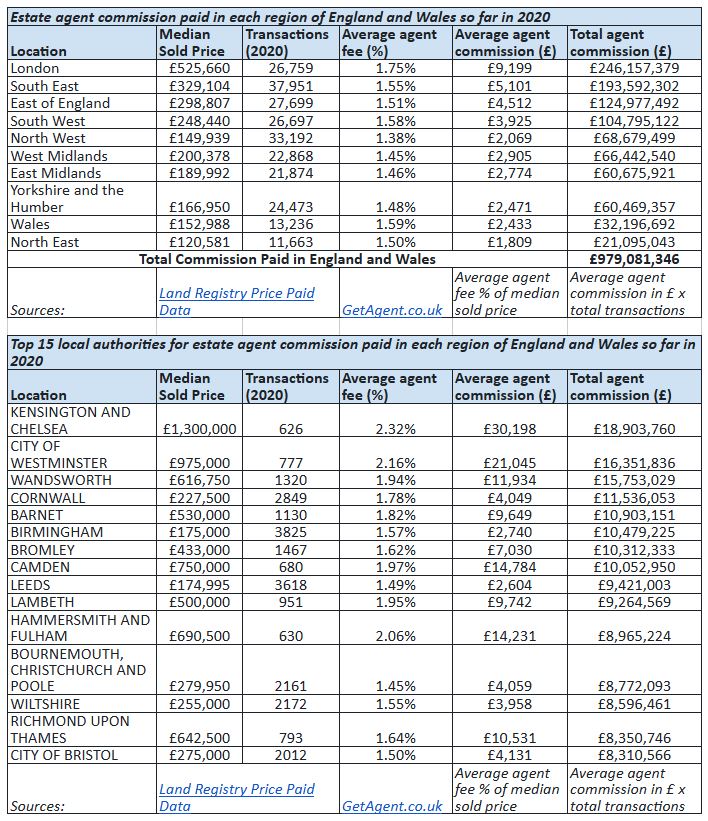