A tenancy referencing firm which has launched an online lettings service admits it has lost about half of its agency customers.

TR Lettings allows landlords to advertise on Rightmove, Zoopla and elsewhere from £55.

Yesterday it had 23 properties listed on Rightmove.

TR Lettings was launched by Tenant Referencing UK, which supplies referencing and insurance products to both agents and tenants.

Yesterday, founder Paul Routledge told EYE that of about 850 agents that had been customers, “around half have turned their backs on us” because of the launch of the online agent.

Routledge, a landlord with over 100 properties, said: “Agents and I don’t always see eye to eye, and sometimes you just have to decide which side of the fence you sit on.”

He said agents were precluded from being able to list their properties on the major portals via TR Lettings, whose packages include referencing, insurance, floor plans and EPCs.

Routledge founded his business after being stabbed in the head seven years ago.

He said: “I thought there must be a better way of referencing tenants.”

He came up with the idea of an online database of tenants’ histories, automatically created and uploaded by landlords, with referencing including other external checks.

Today, he has 50,000 active tenancy histories, all of which can be cross-referenced.

There are 120,000 subscribers, of whom some 30,000 are active, and he says that the demand for an online lettings service came from members. 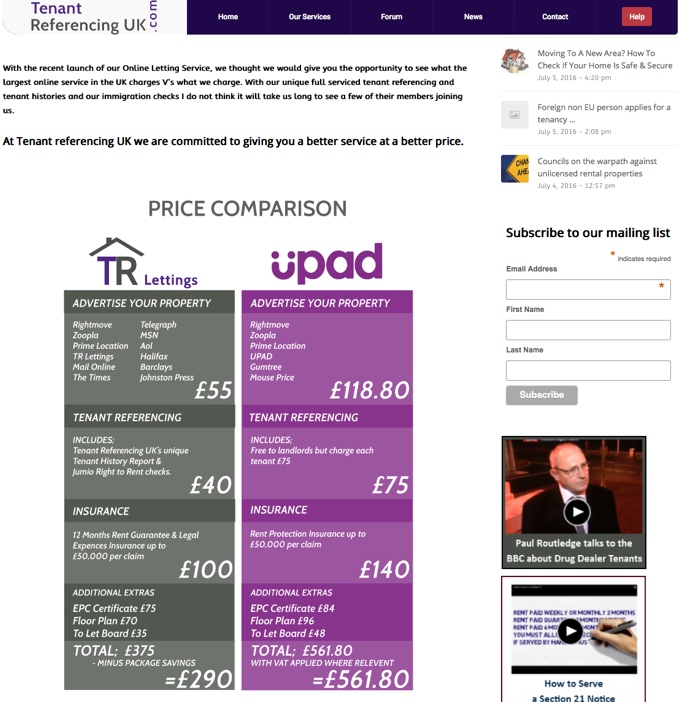