Purplebricks made over £18m in fees last year on “thousands” of homes that did not sell, it is being claimed this morning.

The Telegraph says that it banked the money “as the housing market froze on political uncertainty”.

The story quotes a Purplebricks spokesperson who said that its customers understood the fixed-fee pricing model. The spokesperson said: “We are very confident that our customers  understand our upfront fee model and know it gives them a much higher chance of selling, for a much lower cost.”

The Telegraph says that Purplebricks estimates it saved customers more than £150m in commission in the first half of last year.

Meanwhile Purplebricks’s Facebook page was down all over the weekend and remains down this morning.

A spokesperson told EYE that it appeared to be a technical issue at Facebook’s end, but expected it to be resolved shortly.

The page went down after an advert which drew a number of comments. By this morning, Purplebricks’ Facebook page was still unavailable. 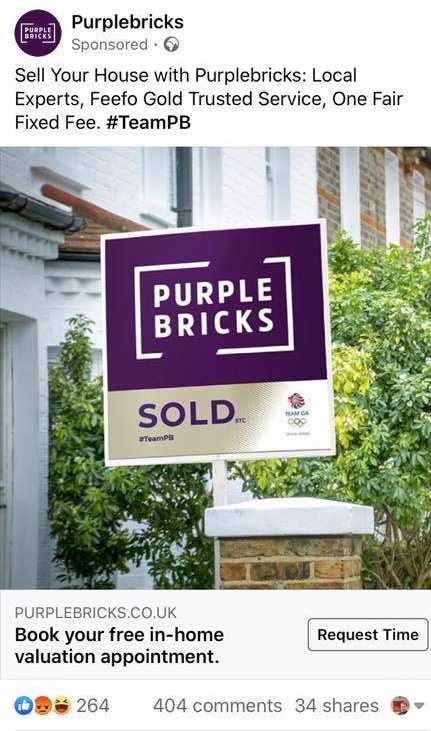