A protest was held outside the Foxtons branch in Brixton at the weekend.

The event, which aimed to highlight the impact of soaring house and rental prices on the community, was organised by a group called OurBrixton, led by rapper Potent Whisper.

Potent Whisper went inside the Foxtons office and lay down underneath the adverts for million-pound houses in Brixton.

He said the protest was “to highlight the displacement and homelessness caused by high rents”.

He added: “We’re here to be peaceful. We just want to highlight the issues that people in Brixton are facing.”

Police arrived but made no arrests and did not break up the protest.

It is not the first time that Foxtons in Brixton has been targeted by protesters – who dislike the “gentrification” of the area – after the branch opened in March in 2013.

A couple of months later it hired bouncers to keep protesters out. The branch has also been targeted by vandals painting graffiti on its windows, including “Yuppies out” messages. 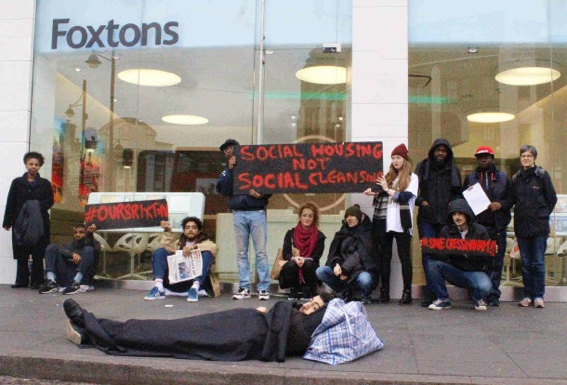 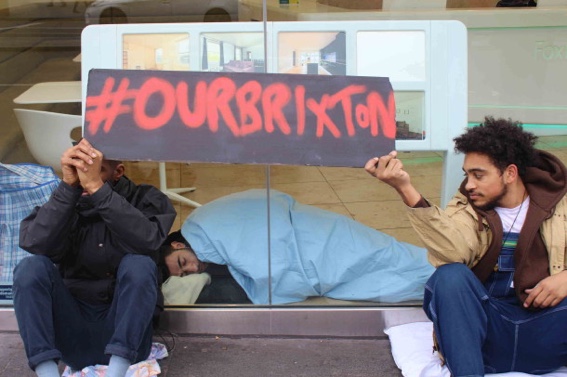