The New Year has opened without any sign of a rush to market.

The warning is from Rightmove, which today also said that the number of sales agreed fell 5.5% in the final quarter of last year compared with the same period in 2016.

It also said that stock per branch remains stubbornly low between December 3 and January 6, and that average new asking prices are now nearing £300,000 – at £297,587.

The property portal reported a 9% jump in traffic (over 4m visits per day) compared with a year ago.

Rightmove said buyers are price-sensitive despite the shortage of supply.

This is just as tight as it was last year, with the level of average overall stock per estate agency branch (including under offer and SSTC) between the start of December 2017 and the start of January 2018 static at 42 properties. Some 40% of properties on agents’ books have already been sold subject to contract.

The average price of a property coming to market was up by 0.7% month on month to £297,587, which was similar to the 0.6% month-on-month rise during the same period a year ago.

Properties suitable for first-time buyers have the greatest chance of sales success thanks to last autumn’s Stamp Duty cut, according to the portal.

Rightmove director Miles Shipside said: “There is no sign so far of any rush to come to market and try to sell, with the number of new-to-the-market properties holding steady against the same period a year ago at around 63,000.

“With no increase in fresh supply, and an overall average of 40% of properties on agents’ books already sold subject to contract, would-be buyers in some sectors and locations of the UK are seeing less choice to tempt them, fuelling some localised price rises. While potential buyers are still busy looking, they are looking for good value and the right property.”

Offering an agent’s view of January so far, Chris Chapman, divisional managing director of estate agency at Andrews, said: “Our sales data so far this year suggests a strong return to house buying activity particularly evident across our network in Oxfordshire and the south-west, where buyers are showing significant interest in three- and four-bedroom family homes.

“Of course, the Chancellor’s recent announcement that Stamp Duty would be removed for first-time buyers of properties of up to £300,000, or on the first £300,000 of higher value properties up to £500,000, is the focus of much attention in terms of the impact that it’s having on the market.

“Whilst it hasn’t, in our experience, resulted in a huge spike of first-time buyers entering the market, it has certainly created increased interest from purchasers who had previously felt unable to take the first step on to the property ladder.” 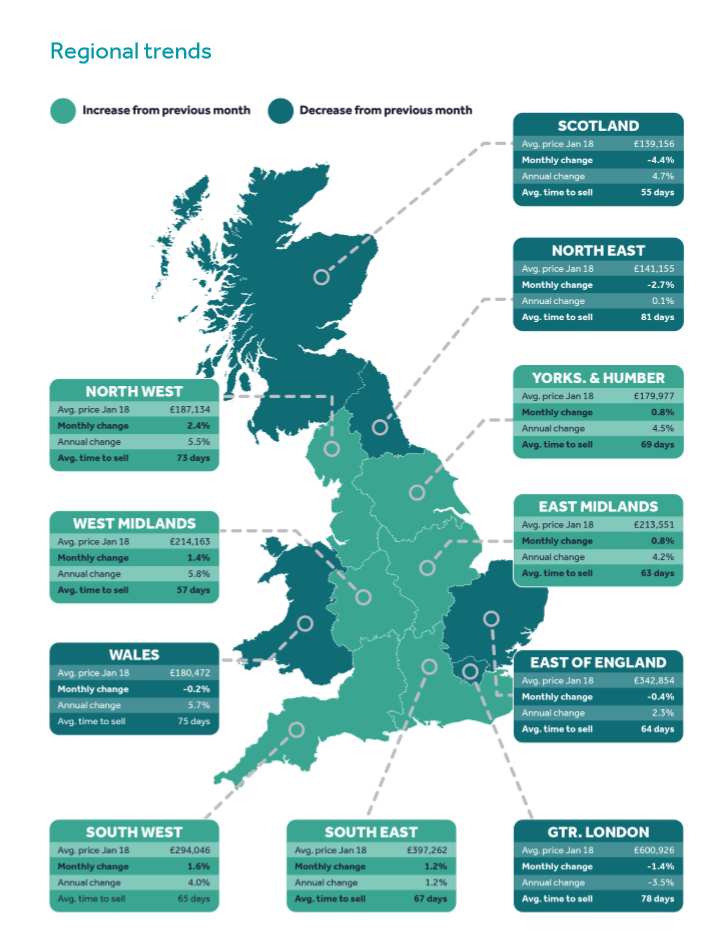