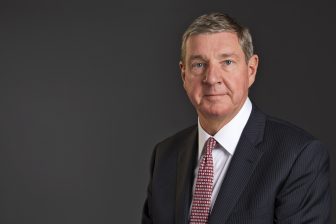 Scottish property rents have continued to rise at a higher rate than the rest of Britain after years of low increases according to analysis of the latest data from property firm DJ Alexander Ltd, part of the Lomond Group which is the largest lettings and estate agency in Scotland.

The latest data up to February 2022 shows that the annual increase in rents was 2.6% compared with 2.1% in England and 1.4% in Wales. The Scottish annual rate has been higher than England and Wales each month since July 2021. However, over the long term since 2015, rents in England and Wales have risen at a higher rate than Scotland.

“It also needs to be remembered that a 2.6% annual increase in rents is still quite low given that inflation is now running at around 6 to 7% which means that this increase is actually a reduction in real terms.

“The Scottish government’s own data reveals that two-bedroom private rented sector (PRS) rents over the last eleven years have risen at a rate similar to inflation (25.1% rent increase compared to inflation of 24.3% over the same period).

“Too often the focus on rent rises produces a headline figure rather than one which is adjusted for inflation. This is like saying a pint of beer should be the same price in 2022 as it was in 2010. Everybody knows that is ridiculous but when it comes to the private rented sector many people seem to ignore the fact that rents, like all goods and services, must rise each year by at least inflation.

“I do believe that rents will increase much more in the coming year due to skyrocketing inflation and the cost-of-living crisis. Hardest hit will be those properties which are let on an all-inclusive basis including bills as the soaring cost of utilities will be a particularly strong driver of rising prices.

“Landlords, investors, and agents should all take care in explaining the reasons for rent increases whilst tenants, their representative organisations, and politicians must also take a realistic approach. Rental prices must rise to keep up with inflation and that such increases are entirely necessary to cover greater costs.”