Police have issued a CCTV image of a man they would like to speak in connection with an investigation in which a number of people fell victim to a suspected bogus letting agent.

During March and April, 14 people contacted police after they were scammed by a man who said he worked as an agent for ‘Red Bricks Estate’.

The victims initially made contact with the man after seeing an advertisement online in relation to renting a flat in London Road, Slough.

The victims met with the man at an address in nearby Burnham where they paid deposits, admin fees and first month’s rent. Some were shown around the property in Slough and all were promised a date for moving in towards the beginning of April.

However, it soon became apparent to the victims that they had been scammed as they arrived at the flat but were unable to move in.

Case investigator Kevin Clingham who is leading on the investigation from local CID in Taplow, said: “This scam has had a devastating impact on so many people and their families as they were promised a rental property in Slough which never materialised.

“Instead, they lost thousands of pounds by making upfront payments to a man they trusted to be an estate agent.

“I would urge anyone who recognises this man or for the man himself to contact police as he may have vital information in relation to our investigation.

“It is possible that there are other victims of this scam who have not yet come forward and reported the matter to police. I believe some may be living in areas of London, not just Thames Valley, so I would urge these people to come forward.

“As part of our ongoing investigation we continue to liaise with Action Fraud and other agencies.

“I would like to reassure residents and victims that we are doing all we can to progress our investigation.”

We would like to clarify that the alleged firm in the case, Red Bricks Estate, is totally unrelated to bona fide firms with similar names. 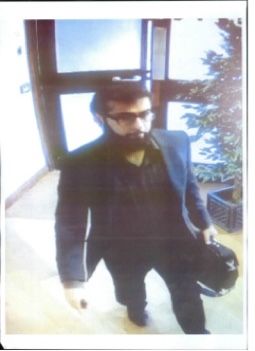