Picture of the Week – and could this be a story of our times?

When Poundland tycoon Steven Smith put his home on the market, he naturally chose the online agent of which he was chairman to market it: EstatesDirect.

If nothing else, it was cheap – originally charging vendors just £195 plus VAT.

EYE did somewhat cynically speculate at the time that it would be interesting to see if in future he might require the expertise of Knight Frank.

The following year, the price was cut to £5.75m. Apparently there were still no takers and it continued to languish on the market.

Smith stepped down as a director of EstatesDirect in April 2016.

Estates Direct itself went on to merge with MakeUrMove earlier this year, and the website itself no longer seems to be up and running.

According to Smith’s own website http://stevensmith.com/about-me/ he is still involved in property, although on the development side of things.

Meanwhile, what of that mansion? It is currently on the market – with Knight Frank, as EYE predicted!

However, the agent seems to have taken an axe to the original price tag – now cut by £2.5m. 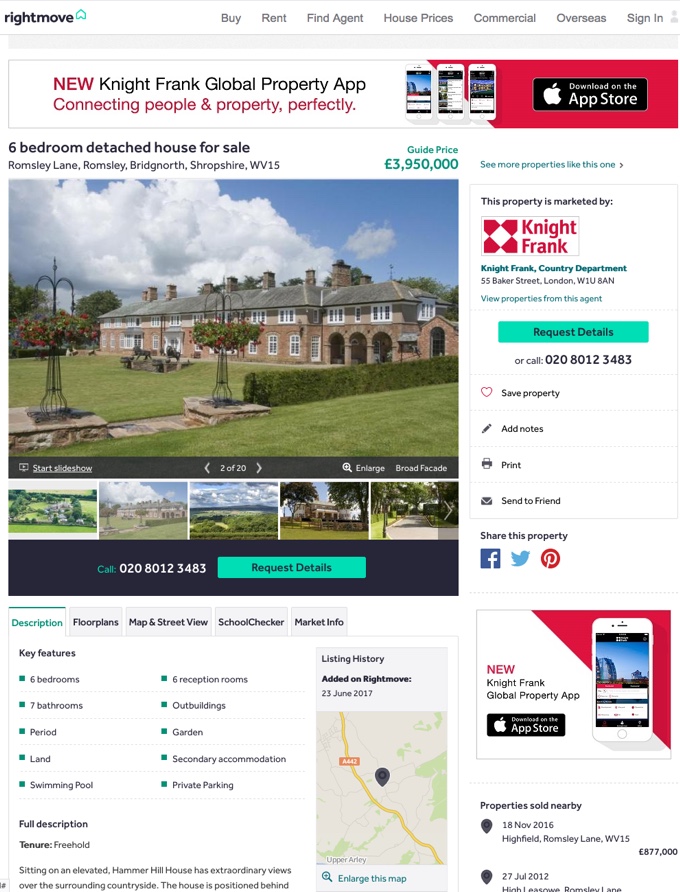