Two thirds of councils in England and Wales responding to a Freedom of Information request by the Residential Landlords Association brought no prosecutions against private landlords in 2017/18.

Nearly a fifth of the 290 councils that replied didn’t even issue any improvement notices which order a landlord to carry out certain repairs or improvements to a property.

Following the introduction in April 2017 of new powers for councils to issue civil penalties against landlords failing to provide acceptable housing, in 2017/18, 89% of local authorities did not use these new powers. Half reported that they did not even have a policy in place to use them.

Poor enforcement by councils against criminal landlords is bad news for the vast majority of landlords providing good homes and a decent service to their tenants. It is the crooks who give the whole sector an undeserved bad name.

Government figures show that 84% of private sector tenants are satisfied with their accommodation; this compares with 81% in the social rented sector.

As a sector though, we must not be complacent.

The reality is that it is the small minority of criminal landlords who generate media coverage, not all the rest who provide decent homes to a growing number of tenants.

Aside from the misery poor landlords cause for their tenants, they undercut good landlords who abide by all the rules and regulations. That is why rooting out the criminals is every bit in the interests of landlords as it is for tenants.

With over 140 Acts of Parliament, containing well over 400 regulations affecting the sector the powers available to councils to tackle poor practices in the sector are more than sufficient. Rather than creating more laws what is needed is better enforcement of the ones already in place.

That is why the research out today from the RLA is very worrying for both landlords and tenants.

What was revealing was that there is no evidence of better levels of enforcement by councils with licensing schemes compared to those without. This demonstrates what we have always argued, that licenses simply leave good landlords facing the extra costs whilst the criminals continue operating under the radar.

Councils need to focus their efforts on finding and rooting out the crooks rather than using up valuable time and resources policing licensing schemes signed up to by the good landlords.

Our blueprint for enforcement includes: 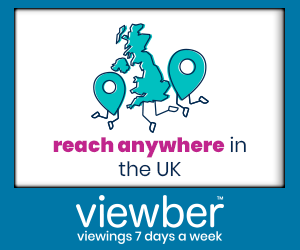