However, the sector’s market share as a whole, in terms of new listings in the last two weeks, is just 4%.

Gavin Brazg, of The Advisory, released the latest analysis to EYE yesterday evening.

It disputes other analysis by Property Road, whose claims were featured by EYE this week.

The Advisory says that taking a monthly snapshot of active listings, as done by Property Road, is “interesting but of limited value”.

Its latest charts, covering the period December 26 to January 9, show that Purplebricks took 71.5% of all new listings secured by the top ten online estate agents.

Yopa, it said, is indisputably in second place, with 10.8% of all new listings.

The Advisory has also excluded some agents, notably EweMove, as it says this is a franchise operation that charges fees comparable to the high street. It has also excluded ‘quick sale’ firms, saying that these target sellers wanting to sell quickly rather than vendors looking to save on estate agents’ fees.

The Advisory took the following information from Zoopla. 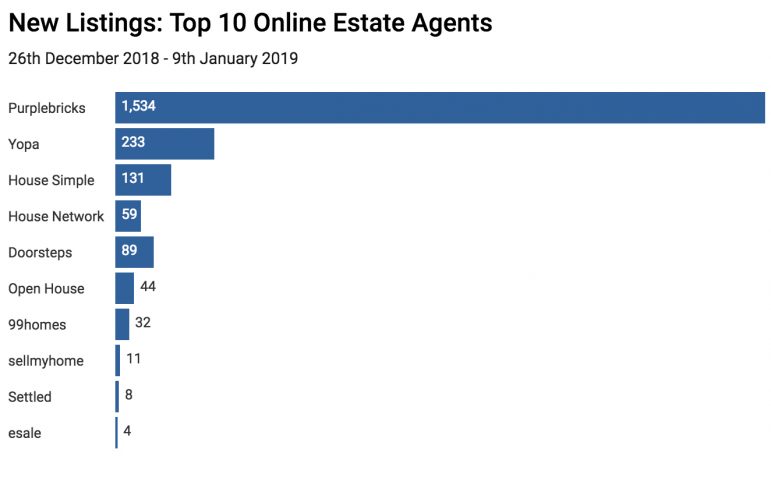 However, covering the same the period, from Boxing Day to yesterday, the top ten online estate agents took just 4% of all new listings.

The Advisory bases these numbers from listings on both Rightmove and Zoopla. It also underlines that the market share figure of 4% is based on listings and not sales.

Regarding new listings on Purplebricks, The Advisory says that these stand at 1,534 in the last two weeks.

While this figure is easily the lowest since tracking began last August, The Advisory does say that the numbers follow the market trend and seasonal slowdown.

Again, the data is taken from Zoopla, and this particular metric will be tracked this year. 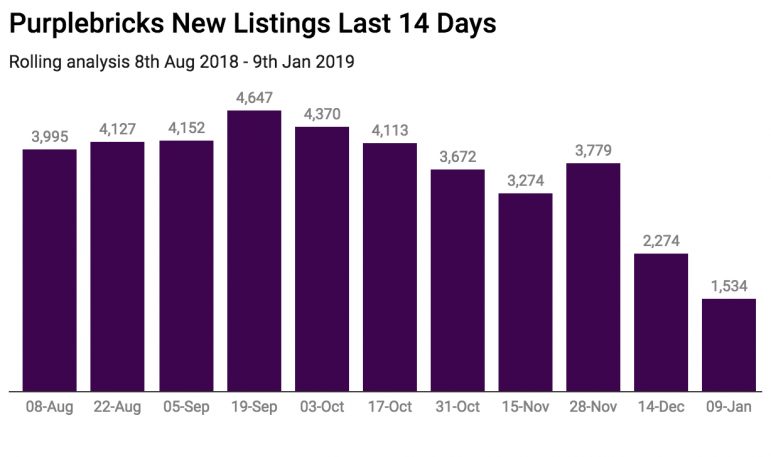 The research is updated fortnightly here: