An online agent has withdrawn claims from a promotional email it sent out only last Thursday.

HouseSimple said in the marketing email that it saved vendors £5,594, and that it took only 25 days to get a property to completion.

It used the same figure, 25 days, to say that is how long it took to get a property to Sold Subject to Contract.

An agent who received the promotional email queried where the information had come from to substantiate the 25-day completion claim.

EYE was told by a spokesperson: “The 25 days figures were based around a Rightmove Index report and HouseSimple’s own reporting system.

“But it appears the data was from January 2016 and the claim was removed from all marketing materials – or should have been – because it needs to be updated with this year’s figures.

“It seems the claim was still in automated emails – which this reader received – and it shouldn’t have been. It has now been removed.”

The claim as to saving sellers £5,594 has also been removed, EYE was told.

However, only a fortnight ago, HouseSimple defending this saving, saying the claim was the same one made in TV advertising which had been cleared by Clearcast.

Below is a screengrab of part of the promotional email sent out last Thursday. 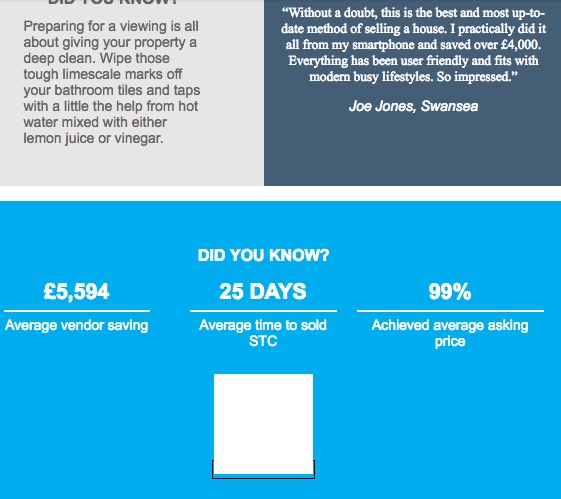