Purplebricks is to become a sponsor of Team GB, with the deal running from now, through next summer’s Olympic Games in Tokyo, and until the end of next year.

Calling itself the “nation’s biggest estate agent”, Purplebricks said in the official announcement that it sells “three times more homes than the second placed agent” – a claim it makes after twentyci research last year.

Purplebricks will be designated the ‘official estate agent of Team GB’ and joins a variety of other sponsors including Coca Cola, Aldi and Persimmon.

Purplebricks will be showing its support for UK Olympic athletes by turning its usual ‘Sold’ boards to special gold versions, featuring the Team GB logo.

The new boards will, says Purplebricks, also reflect its own ‘gold’ from reviews site Feefo which last month awarded it ‘gold trusted service’ for a customer rating of over 4.5 during the previous 12 months.

Team GB are hoping to take more than the 366 athletes it took to the last Games, and Purplebricks will be mobilising the support of their own team of more than 600 local property experts in a series of campaigns and initiatives under the banner #TeamPB.

Vic Darvey, Purplebricks CEO, said: “We are delighted to announce our partnership with Team GB.

“Purplebricks is a proudly British company and we’re excited about how we can bring support for our heroic athletes to the streets as we build up to Tokyo 2020.

“This sponsorship was a natural next step for our business as, like Team GB, our ‘Team PB’ has the ambition and drive to win.

“We have hard working, experienced estate agents across the country – and we intend to use that local reach to move every community behind our athletes over the next year.”

Tim Ellerton, commercial director for the British Olympic Association, said: “Just over a year away from Tokyo 2020 we are delighted that Purplebricks has recognised the power of Team GB and Olympic athletes to bring our communities together.

“Their visibility across the streets of the UK gives us a great presence as we build up to the Olympic Games, and their innovation and customer focus makes them a perfect partner for Team GB.”

No details have been given as to the cost of the sponsorship but supermarket Aldi is rumoured to have paid £10m as a major sponsor over a four-year period back in 2016. 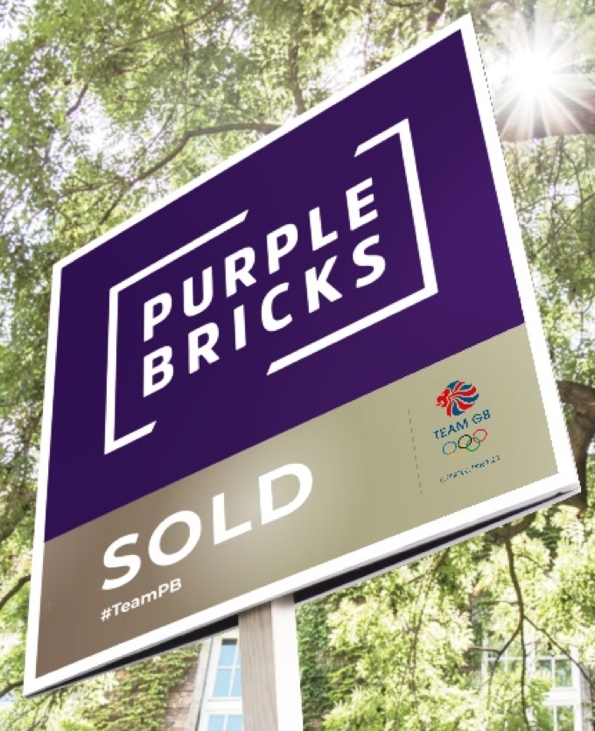