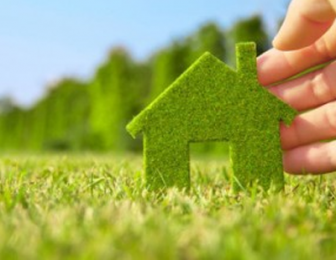 Most local authorities have ambitious climate targets – but national planning policy is not fit for purpose, leaving council leaders without the tools to hit their legally-binding targets, new analysis shows.

Reaching net zero carbon emissions by 2050 is impossible without urgent changes to national planning policy, according to the study, carried out by CPRE, the countryside charity.

An assessment of all 24 local plans outside Greater London, that have been adopted since the Climate Change Act was updated in 2019, shows just one local authority has introduced a quantified, strategic-level carbon reduction target. No other local authority has a plan to hit net zero.

In each case, government planning inspectors have been content to sign off plans without making tackling the climate emergency a central priority, the CPRE report says.

A study of inspectors’ reports produced before plans are adopted showed an average of only one mention of ‘climate’ for 24 mentions of ‘housing’.

Housing, transport, business and industry generate 62% of our carbon emissions. That is why CPRE is calling for the climate emergency to be urgently put at the heart of planning decisions so that we have a realistic chance of hitting net zero by 2050.

For this to happen, the National Planning Policy Framework must, according to the CPRE, be amended so that:

The CPRE says that all councils must have their net-zero carbon target integrated across the local plan as a whole, and this should be an additional test of soundness at examination.

In addition, planning inspectors must give as much weight to environmental targets as they do house building targets. Yet national planning policy has failed to keep up with climate change legislation, leaving ambitious carbon reduction targets impossible to achieve.

Crispin Truman, chief executive of CPRE, said: “We’re not going to hit net zero by accident – we need to plan for it. Unfortunately, local authorities are hamstrung by national planning policy that is woefully behind the times on this issue. Local plans need to act like road maps plotting the path towards the sustainable future envisaged by the government’s climate change legislation. The fact that they don’t come close to doing so is proof of the failure of current national planning policy.

“In terms of climate, we are planning to fail. It is impossible to hit net zero if it isn’t prioritised in local plans. Providing the attractive, affordable homes that people need and ensuring it is environmentally sustainable is not an either/or trade off. We need to do both at the same time and with the same level of commitment.

“Worryingly, CPRE’s research has found clear cut evidence that planning inspectors routinely force local authorities to adopt house building targets with no attempt to reduce greenhouse gas emissions. Worse still, there is no evidence of any serious effort to reduce car journeys – new developments are frequently planned on the edges of towns with no requirements to provide better public transport or cycle lanes to reduce road journeys.

“We found not a single example of planning inspectors demanding changes to plans to ensure they reduce carbon emissions. This was in sharp contrast to how local plans must itemise and quantify how they will meet housing needs. Both objectives are important, but there is a stark difference in emphasis. It’s time for a revitalised, net zero-focused planning system to increase biodiversity, enhance the countryside’s ability to soak up carbon and create sustainable places to live.”