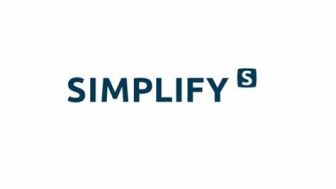 EYE has learned that a redundancy process has begun at conveyancing company Simplify – the Leicester headquartered firm that provides services to, among others, Purplebricks.

A letter to affected staff, seen by EYE, says that the company has to make ‘some very difficult decisions… to ensure the continued strength of Simplify in these very challenging economic times.’

It is not yet clear which brands of Simplify are affected nor how many staff in total are affected but it is understood the consultation process will begin on December 5th.

The ‘at risk’ letter says that:

‘An inflation driven cost of living crisis, significant interest rate rises (with more to come) and downward pressure on house prices, have created massive uncertainty in the UK housing market.

‘The general view is that the housing market cycle has ‘peaked’ and prices will come down and, more importantly for Simplify, the number of people buying and selling are expected to be very significantly lower for at least the next 12 months.

‘Despite Simplify’s strength as a business we cannot be immune from such large reductions in activity in the UK property market, so we need to take some important actions to ensure that our cost base is sustainable at much lower volumes of case activity.’

The letter goes on to say the company has taken actions to mitigate the impact, such as: increasing income per case, carefully managing our costs, generating more conveyancing instructions, pausing recruitment of non-critical roles but then says:

‘However, the outlook is now so significantly reduced that we have no choice but to propose redundancy for a number of roles.’

The firm was in the news only last month after it was revealed that the serious data breach in 2021, which paralysed the company for an extended period, had also likely resulted in the personal details of past and present staff being exposed.