A new property portal which describes itself as “the one you didn’t see coming” is set to ramp up activity today, ahead of its formal launch next Monday.

Houser founder Rocky Mirza told Eye that the site will be populated at launch with an inventory of UK properties obtained by crawling agents’ own websites and other published sources which could include private listings.

Asked if agents might object, Mirza said not, because the site is free.

Houser, which is offering free listings for five years, says it “will do for real estate in UK what Google has done for search”.

It also promises: “True disruption is on its way.”

Mirza said that from today, some of the agents already on board with Houser will be able to populate the site by uploading properties and other information.

At the weekend, the website said it had 5,154 agents on board. Mirza said the number was accurate and that all the agents concerned had signed up to it.

Mirza said that every single postcode in London was covered by an agent, and that about 18% of the total number of offices signed up are in London.

The site said over the weekend that it had over 55m pages “indexed”.

One of Houser’s features will be a viewing schedule for every property listed, allowing prospective buyers to schedule in viewings of other properties that could be on with competitive agents.

Mirza said that the system is similar to that of Amazon, where the online bookseller says that if you have enjoyed one book by one author, you might enjoy similar books by other writers.

We also asked about OnTheMarket, launching on January 26.

Mirza said that between January 12 and January 26, Houser would be proving itself.

He said: “We are 100% sure that we will get into the top ten sites for traffic referrals.”

Agents would, he said, over that two-week period, be able to see the value of Houser’s free offering – although it would appear that OTM agents whose properties are on Houser could run the risk of inadvertently breaking the “only one other portal” rule.

Mirza said: “My goal is market share. We will not make any money for three years.”

He said that once agents understand what they are getting for free, they will want to know how much they might get if they are paying. He would not be drawn on paid-for products, saying only that Houser is looking at several different business models.

However, he did say that one of the reasons agents will like the site is that it will “do for sellers” what Rightmove and Zoopla do for buyers – suggesting that Houser may have found a new way of delivering vendor leads.

Mirza was also adamant that Houser will be “crawling” and not scraping, emphasising that there is a difference, and that content will not be taken from Rightmove or Zoopla.

He said one reason for this is that agents often hold back properties, and that it was better to go to the prime source to get the earliest listings – in most cases, agents’ own sites, but also “loads and loads of different sites”.

He said it was a nonsense to believe that Rightmove and Zoopla did not accept private listings, saying that they did, just as long as they went through a third party agent that might be charging as little as £49.

Mirza said that Houser will have significant funds for marketing, but would not be drawn on how the consumer awareness campaign will run. He did say: “We are in a position to spend money.”

Asked why there has been no publicity or PR, Mirza said that pre-launch hype was nowhere near as effective as delivery.

Mirza, pictured, who himself is not a director of the company, is a serial entrepreneur with a number of start-ups under his belt. The director of Houser Realty, based in Poplar, east London, is Charles Berisford Andrews. 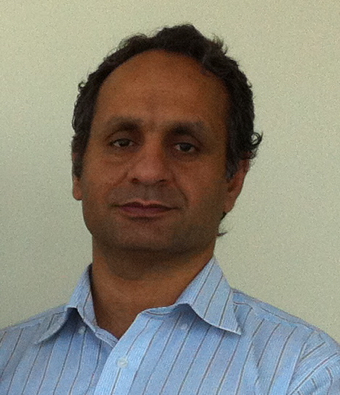