She is Alison Platt, who takes up her role on September 1, subject to the approval of the Financial Conduct Authority. She is Countrywide’s first woman chief, and will be the only female heading up any of the large corporates.

She will instantly become the most powerful woman in the residential property sector, overseeing Countrywide’s wide range of activities from sales and lettings through to mortgages, surveying and conveyancing.

Like Helen Woodhouse, Your Move’s managing director until her sudden departure a few weeks ago, Platt has no property background.

She chose not to go to university, instead making a career first with British Airways – she joined its cabin crew division as a management trainee, pushing trolleys  – and then private healthcare firm Bupa.

Aged 51, she is married with three children, two of whom are stepchildren, and went to school in Salford. She is a dedicated Manchester United fan.

She was named in a ‘100 Women to Watch’ Female FTSE Report in 2012, and in 2011 was appointed a non-executive director on the board of the Foreign and Commonwealth Office. 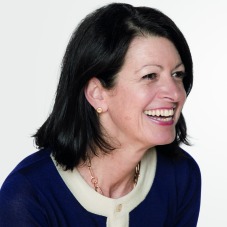 Platt has spent over 20 years at Bupa in a range of senior roles, including managing director of its UK, Europe and North America division. Most recently, she was managing director of Bupa’s International Development Markets business where she grew revenues to over £1bn and led more than 11,000 people serving 9m customers in a wide range of markets and businesses. She is also a non-executive director of Cable & Wireless.

Commenting on her appointment, she said: “I am excited to be joining such an ambitious company as Countrywide and becoming part of the talented team that helps more people than anyone else in the UK move home.

“I firmly believe that there are significant opportunities available for Countrywide as an integrated player to further strengthen its business and performance through the recovery of the UK property market.

“I look forward to helping navigate the Group through this exciting period of growth for the benefit of our customers, employees and shareholders.”

Turner said: “I am delighted to be welcoming Alison to the Group and to be handing over responsibility to such a proven and energetic individual.”