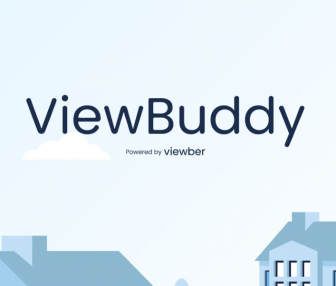 Viewber has launched a new app that it hopes will make a small contribution to the ongoing issue of worker safety in estate agency.

When Suzy Lamplugh, the Fulham estate agent, disappeared in 1986, it led to Britain’s biggest ever missing person’s inquiry.

Lamplugh, would have turned 60 this year, went missing on 28 July 1986 after leaving the estate agent where she worked to drive to Shorrolds Road to meet a client.

She was never seen again.

Ed Mead, co-founder & chief executive of Viewber, is hopeful that the new ViewBuddy app will help keep agents safe when visiting a property.

He commented: “When Suzy Lamplugh disappeared in 1986, help for lone workers was limited and of course mobile phones didn’t exist. Weapons, sprays and self-defence courses might have been considered over the top, inconvenient to say the least if not a bar to working in the industry at all.

“Over the decades, companies have struggled to address the issue. Mobile phones clearly helped but making a call with an alert password was not always possible and could exacerbate a situation. Training improved and the excellent Suzy Lamplugh Trust has continued her mother’s tireless work to keep attention focused on safety whilst working alone.

“Viewber helps property businesses get their properties shown or visited, so to enhance Viewber safety we have developed the ViewBuddy App.

“Keeping things very simple it’s free and allows users to enter ‘buddies’ they can alert if going on a property visit that they feel nervous about.”

‘Buddies’ get an SMS telling them their friend is going to an appointment with a ‘what three words’ location. They then get an alert if the time limit has expired and encourages them to ring their ‘buddy’ if they have not had confirmation that the appointment has finished.

Mead continued: “If someone attending a viewing raises suspicions and demands to see the app, access will be granted if the PIN is entered backwards, but will then alert all buddies to contact the emergency services.

“The App is now being made available to anyone in the industry who, on a personal or corporate level, would like one more tool to help keep themselves, or their employees/contractors, just that little bit safer.