A new property portal looking to attract agents by letting them list properties for just £4.95 a month has already angered firms by using dummy listings and contact information of agency brands without permission.

EYE was emailed by SmartProp last week regarding the new portal, saying that agents could list their properties “without the crazy prices”, so we took a look at the website.

Several listings appeared attributed to an agency called Butler and Stag in Hampstead.

However Butler and Stag, while based in London, doesn’t have a branch in Hampstead.

Additionally, the address given for the agency was the same for Savills’ Hampstead branch.

A phone number on the site also didn’t work.

EYE checked with the real Butler and Stag, and director Michael Woolley said the site was nothing to do with his agency.

Some of the listings were actual properties Butler and Stag is displaying for let, so Woolley contacted SmartProp to get them removed.

He said the website’s external designer replied and said they were test listings that have now been removed.

Savills told EYE it has passed the issue to its legal team.

Rightmove said it had no connection to the business and would take appropriate action.

The actual company number suggests the company is called Smartprop Online, incorporated in November 2017, and has a sole director called Maryam Afreedi.

The website appears to let agents as well as private sellers and landlords pay to list properties.

EYE queried how many agents were on the portal and how consumers would find out about it.

A spokesman for SmartProp said: “The website will list both sales and rentals, as this allows estate agents to showcase more properties, and again this is unlimited. Buyers will also be able to contact an agent through SmartProp, as they do with Rightmove and Zoopla.

“We have had a few agents that have been interested and signed up to the site, although none have posted any properties as of yet. The listings on the website are not current, as far as I am aware.

“Consumers will be made aware of SmartProp through various advertising, social media accounts and estate agents. They are only offering listings for now but may look into other services at a future date.”

The spokesman didn’t respond to our queries on why the Rightmove company number had been used and why Butler and Stag listings had been uploaded.

All listings have now been removed. 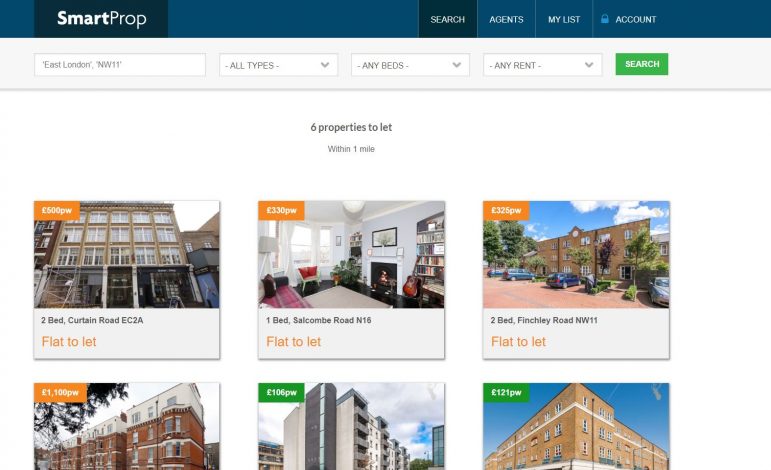