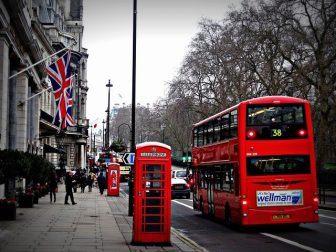 The UK’s prime residential markets saw further price growth in the first quarter of 2022 underpinned by high levels of buyer demand and continued low levels of properties for sale, according to Savills.

But while annual price growth in the country markets continued to exceed that in the capital, the difference in price growth in the first three months narrowed considerably, fuelled by a gradual return to the office among domestic buyers and the beginnings of a return of international demand in central London.

Prime central London recorded its strongest quarterly price growth in eight years as international purchasers began to re-enter a stock-constrained market that has been largely dominated by domestic buyers over the past two years.

Prices ticked up 1.1% in the quarter, leaving them 2.8% higher than a year ago. Though still outpaced by the country, this was the most robust performance since the stamp duty changes of 2014.

In a clear sign of back to work thinking, London’s prime flats and smaller houses began to see more significant price growth for the first time since the first lockdown and more urban locations such as Canary Wharf, Islington and Shoreditch outpaced leafier suburbs.

Frances Clacy, Savills research analyst, said: “While activity levels have slowed in the mainstream, there is still a strong core of unmet demand at the top end of the market that, for now, remains undeterred by higher costs of debt, rising costs of living and the geo-political uncertainty triggered by the war in Ukraine. Here, equity outweighs debt as a source of funding and much higher levels of disposable income mean buyers have been more insulated against macro-economic pressures.

“At the same time, supply remains well below normal levels in virtually all prime locations creating the conditions for continued price growth.  However, we would expect to see increasing price sensitivity creep into the market over the remainder of the year given the economic backdrop.” 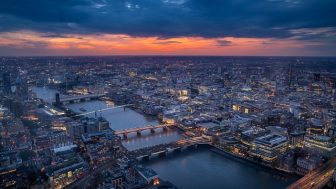 While international buyers began to return to prime central London over recent months, the story of the past year has been about domestic, UK domiciled demand, the research found. In central London, this has led to the strongest annual growth in locations such as Holland Park (+5.3%), Notting Hill (+4.7%) and Chelsea (+4.6%) popular for their traditional family housing stock.

But in the clearest signal yet of life returning to London’s most urban postcodes, in the first three months of the year price growth in these locations was outpaced by Shoreditch, Canary Wharf and Islington which saw quarterly price  growth of 3.7%, 3.4% and 3.3% respectively as City workers started to return to their desks.

Residential property prices across the UK’s prime town and country locations rose by 2% in the quarter and 9% year-on-year, suggesting the ‘race for space’ has not yet fully run its course, though proximity to London is starting to influence performance once again.

The strongest growth was recorded in high value suburban markets such as Esher, Rickmansworth and Weybridge with 2.8% quarterly growth and 10.8% annually “providing increasingly clear evidence of proximity to work being factored into decision making once again,” according to Clacy.

All this said, best in class country houses worth £2m-plus are still highly sought after and values rose by 10.3% over the past 12 months, underpinned by a prolonged mismatch between supply and demand.