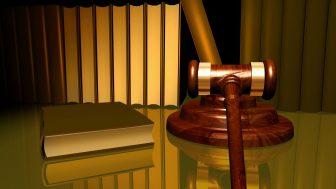 There has been an uptick in the number of landlords in Wales asking for advice on how to comply with changes resulting from the Renting Homes (Wales) Act 2016, according to lettings platform LettingaProperty.com.

The new regulations, which come into force on 1 December 2022, aim to streamline the rental process by replacing various complex pieces of legislation with one clear framework. Landlords in both the private and social sectors will have to follow new rules relating to a range of procedures, from issuing contracts and serving notice to property safety and maintenance.

“Landlords in Wales are understandably concerned about the new Act and what it means for them,” said Jonathan Daines, founder and CEO of LettingaProperty.com. Many self-managing landlords are reaching out for support as they seek to navigate the multitude of changes.

“While the Act itself is positive news for the future of the rental sector, the need to ensure compliance is concerning existing landlords,” Daines added.

One of the key changes on 1 December is the end of Assured Shorthold Tenancies (ASTs). Instead, there will be standard occupation contracts between landlords and contract-holders (tenants). Tenants must also be given a written statement of the contract within 14 days of the occupation date.

On 1 December, all existing ASTs in Wales will convert to a standard occupation contract. Landlords and lettings agents have until 1 June 2023 to issue a new written statement for converted contracts.

A conversion process has been published to help landlords and agents reformat their existing agreements without disregarding all clauses. Any clause that goes against the fundamental terms of the new model contract cannot be brought over, but many others can, provided they comply with the Act.

A new contract won’t be required to add or remove tenants to a contract; instead, a written statement of the contract by the landlord or agent will be required.

For property safety, the repair obligations of the Landlord and Tenant Act 1985 will be replaced with Part 4 of the Renting (Homes) Wales Act 2016. This clarifies that landlords are responsible for the safety and repair of the property. Tenants will still have a general duty to care for their home, however. Landlords can also add supplementary terms relating to the specific care of the property, such as not making any alterations without the landlord’s permission.

New safety requirements for properties in Wales include:

Another significant change relates to notice periods. The minimum notice period for any breach of contract is one month. However, it can be shorter in the case of rent arrears or anti-social behaviour. The Act also aims to make abandonment repossession claims easier by removing the need for a court order.

‘No fault’ notices can’t be issued within the first six months of the contract. They must also be issued with a minimum notice period of six months. Furthermore, break clauses can only be added to fixed-term contracts of two years or more and cannot be used in the first 18 months of occupation.

According to Daines, the changes introduced by the Act will make the rental experience in Wales safer and more stable for all parties. “There may be some teething troubles as landlords race to ensure compliance, but ultimately the Act will better support all those involved in both the private and social rental sectors in Wales,” he added.