With nearly one in two renters in the UK aged between 16 to 34, residential landlords are heavily exposed to younger people falling into financial distress as a high proportion of young people work in retail or the gig economy, according to research by payment technology firm flatfair and real estate investor Rowan Asset Management.

Restaurant workers are even more likely to be young, with six in ten of those working in food and beverage aged between 16 to 34.

The higher proportion of younger people both renting and working in at-risk job sectors exposes landlords of all sizes to the risk of their tenants being unable to pay their rent and falling into rent arrears.

More than one in three 18 to 24-year-olds are earning less than before the outbreak, research by the Resolution Foundation recently found.

Two million renters told charity Shelter that losing their job will leave them unable to pay rent, and research from the housing charity also found 1.7 million renters ( one in five) in England expect to lose their job in the next three months.

Buy-to-let landlords who rely on rental income for their livelihood may struggle to meet their own obligations if their tenants fall behind on the rent, while housing associations may also find their tenants are falling behind on rents.

Official estimates suggest joblessness could surge to at least 10 percent due to the pandemic, a level not seen since the 1990s. It was 3.9 percent in March.

“As more firms start to furlough staff and others cease trading due to the economic impact of the virus, swathes of young renters up and down the country will see their incomes plummet and may not be able to pay their rent.

“Rising rent arrears are likely to mount over the year as a consequence.

“This may, in turn, see many landlords struggling to meet their own obligations such as mortgage repayments.”

“It’s clear that there is going to be a sharp, short-term impact on many young people’s income due to the economic distress caused by the virus.

“But the more worrying aspect of this whole crisis is how this young cohort of workers will be able to find stable employment over the long-term, with sectors like retail looking set to change fundamentally.

“It’s really hard to see retail being able to employ 2.8 million again any time soon, and right now there aren’t any emerging industries in this country that will be able to step in and fill this gap. 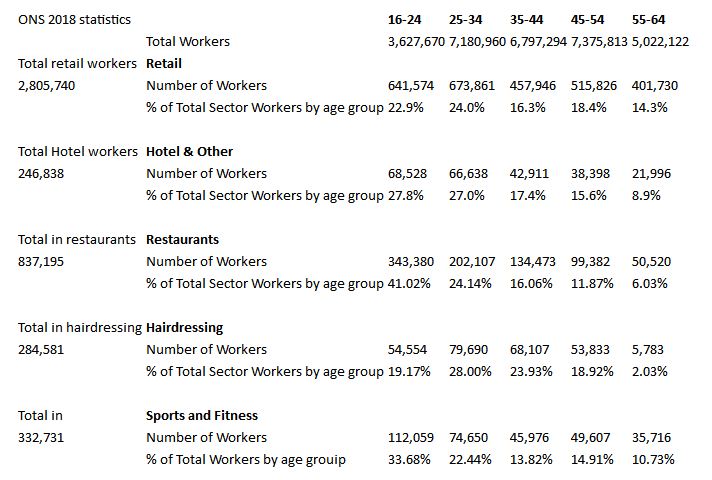