Conveyancers have come out strongly against plans to reform the Land Registry – and have warned that searches could take up to 40 days to come through.

In a poll which attracted 290 replies from conveyancers, 97% criticised the proposals.

The same proportion was particularly damning of the proposal that the new-style Land Registry would only capture data less than 15 years old, calling this unacceptable.

Under new plans to centralise local land charge searches, the Land Registry will only be responsible for digitisation of records back to 1999. This will mean that the 430,000 buildings that were listed before 1999 will not show up on searches for people buying these properties.

In fact, it is unlikely that any listed homes will show up on searches at all, given that properties usually have to be at least 30 years old to be listed.

The poll was conducted by the Council of Property Search Organisations, whose chairman James Sherwood-Rogers, pictured, said: “The very real consequence is that people could find themselves buying a listed property without knowing it as this will not show up on a Land Registry search if the listing took place more than 15 years ago.

“The result of this could be alarming – an unwitting buyer making illegal alterations, adding on a conservatory or even knocking down part of the listed building. This could be an expensive mistake when English Heritage find out, and it puts at risk our most valuable and historic housing stock.”

He warned there could be serious implications for the wider property market, with sales falling through because of searches taking longer.

He said they would also cost more if the Land Registry is privatised, as is also being suggested.

Sherwood-Rogers said: “The minister, Michael Fallon, claims to be consulting on changes to the Local Land Charges Register, but we believe this consultation is a sham, littered with misleading and inaccurate statements.

“We have written to him demanding he withdraw it immediately and talk to the industry direct.

“We seriously believe there is a very real risk to listed properties. The quality of searches will also diminish, leaving buyers in the dark about such things as tree preservation orders, financial responsibility for private drainage and whether a property is located in a conservation area.” 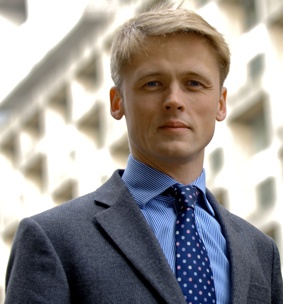